Apple suffered a pair of black eyes last week when first, "Bendgate" made its way into tech headlines, and second, when it released a problematic iOS 8 update. While neither are serious problems, negative publicity is never a good thing. 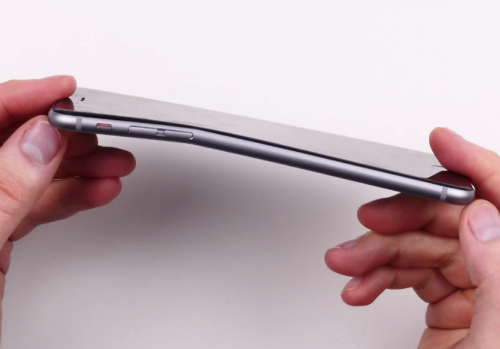 Rumors of iPhone 6's bending began to emerge last Tuesday. Anecdotal evidence suggested that keeping an iPhone 6 or, especially, an iPhone 6 Plus in a pocket (front or back) would put it at risk of bending. This is really not a surprise, considering the new handsets are 6.9 and 7.1 mm thick, as compared to the 7.6 mm iPhone 5. Also both handsets are longer than their predecessor, giving them more leverage for

bending. The story quickly gained steam and became known as "Bendgate" by mid week. In response, Apple issued a statement saying that normal usage should very rarely result in a bent phone. The company also said that, since sales began, exactly nine people had contacted them about bent iPhones.

On top of Bendgate, Apple released iOS 8.0.1 on Wednesday, which contained several minor bug fixes. However, shortly after it was released, Apple had to pull it because it reportedly was breaking cellular data reception and some other features, including TouchID.

A day later, Apple released iOS 8.0.2 which fixed the cellular connectivity and TouchID issues in iOS 8.0.1. Apple reported that less than 40,000 people were affected by the 8.0.1 issues.

On a positive note, Apple reported its fastest iOS adoption rate ever. Four days after its release, 46% of iPhone users had upgraded to iOS 8.

It was also reported last week that Apple has begun production of the next generation iPad Air and may be ready to ship by mid-October. This jibes with earlier reports that Apple is planning a media event for early to mid October. Rumor also has it that the third generation iPad mini may not even be in the works, which makes sense considering the size of the iPhone 6 Plus.