Get the Apple Watch Home Screen on the iPhone 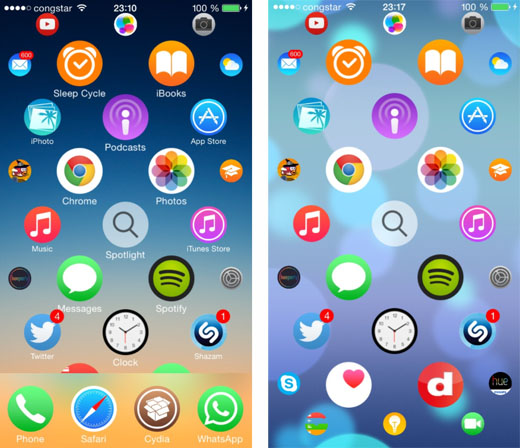 In addition to the characteristic circular app icons, behavior of the SpringBoard is modified so that pinch and zoom gestures enlarge and shrink these icons on the home screen. Rearranging icons is also possible, with wiggle mode replaced by icons that spin 360 degrees in place. 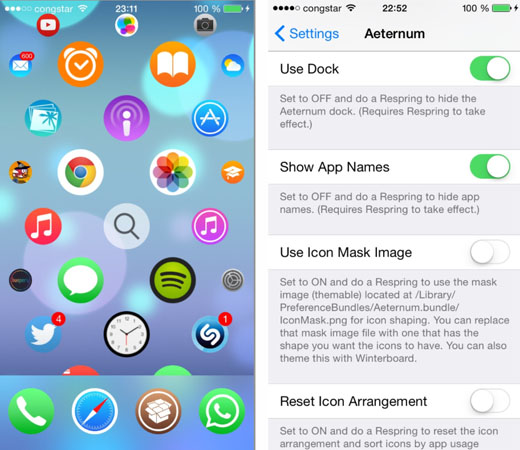 Customizations are possible, such as removing the iOS dock entirely, or eliminating app names from the home screen for a slick look. The icon arrangement can also be reset, sorting apps by usage automatically. Changing any of the settings requires a respring, but after that they will take effect. One catch, when using Aeternum the Spotlight cannot be accessed in the current version.

Aeternum is available from the BigBoss repository on Cydia for $2.99. To start customizing iOS, click here for instructions on how to jailbreak iOS 8.1 with Pangu. Those with older firmware can check here for details on jailbreaking iOS 7.0 with evasi0n 7. The previous release of Pangu will jailbreak devices running iOS 7.1. Find out how to purchase and install Cydia tweaks with this guide.