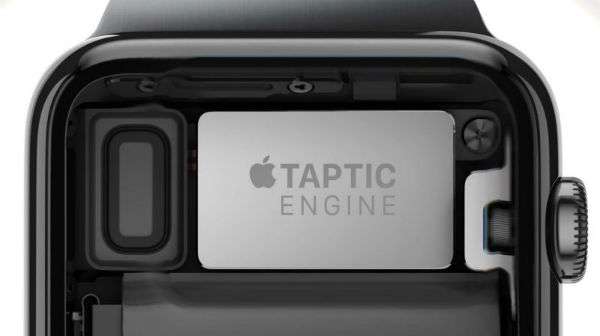 The Wall Street Journal has learned that Apple is struggling to meet Apple Watch demand due to a "key component" of the Watch being defective. The report claims that Taptic Engines manufactured by AAC Technologies Holdings were found to break down over time forcing Apple to slow production of the Apple Watch until June.

The Taptic Engine was built to "tap" Apple Watch users on the wrist whenever they receive an alert or notification, or press down on the display. It is a main Apple Watch feature touted by Apple CEO Tim Cook during the Goldman Sachs Technology and Internet conference in February, when he famously said the Watch would "tap" you every 10 minutes to remind you to stand up "because a lot of doctors think sitting is the new cancer".

The Apple Watch has gotten off to a rocky start. Shipping times were quickly pushed back to June when pre-orders opened on April 10, and there are currently no models available in Apple's own retail stores.

Apple Watch users have also taken to Reddit and Twitter to report that wrist tattoos are disrupting the sensors found on on the bottom Watch, and some users have learned that showering wile wearing their device is not such a great idea.

Even after admitting that Apple was struggling to keep up with demand, Cook noted that the company still plans to start selling the Watch in additional countries beginning in June.