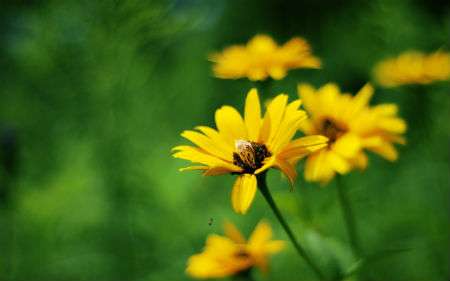 With Apple's (NASDAQ: AAPL) annual Worldwide Developers Conference quickly approaching (June 8 - 12 in San Francisco), the rumor mill is in full swing speculating on what the Cupertino giant might unveil. Aside from talking about the latest iOS, Apple will likely introduce the long awaited 4th generation Apple TV, which is rumored to have internal storage and a revamped remote with a touchpad. They may unveil their rumored streaming TV service as well, which is believed to cost about $30 to $40 a month and have around 25 channels. It seems that they are still in negotiations with content providers, so WWDC may be a bit early to talk about it yet.

The Beats streaming music service, on the other hand, is all but a done deal. Its launch may very well coincide with WWDC.

As for new products, it is rumored that an iPod Touch refresh is on the way, and the elusive iPad Pro may finally be announced as well. It will likely have a 12.9 inch display, a USB-C connector and possibly a stylus.

Aside from WWDC rumors there were a few noteworthy news items last week:

The Apple Watch, which is still in such demand that shipping dates are backed up until July, will supposedly somehow be available for in-store pickup come June. An option for in-store pickup appeared on Apple's website last week, supporting the their claim that the device will indeed be available at the company's brick-and-mortar locations next month.

It wasn't clear in the beginning whether or not Apple was going to allow third-party Apple Watch bands, but it now looks like they will be available. Last Monday, Apple released Apple Watch band guidelines on its developer site for any who wish to design bands for the device.

Earlier this year Nintendo announced, finally, that it would enter the mobile game market. Last week the Japanese video game maker announced that it plans to release 5 mobile titles between now and 2017. Though that doesn't sound like a lot over two years, CEO Satoru Iwata emphasized that they "aim to make each title a hit."