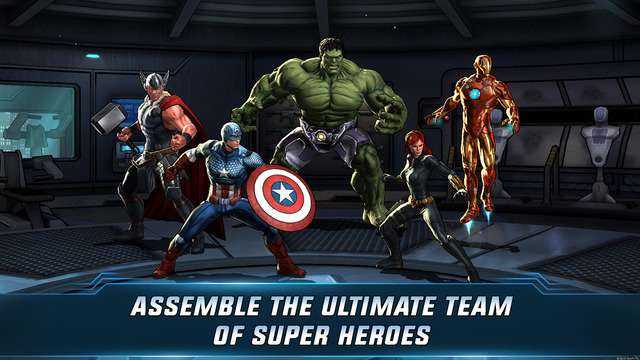 In Avengers Alliance 2 players must team up with other players from around the world to collect the powerful energy of Iso-8 and stop the destruction of the multiverse. The game includes characters from the Avengers and Guardians of the Galaxy, plus popular solo heroes, such as Daredevil and Spider-Man.

Players compete in 3-on-3 combat while leveling up and customizing their heroes. Players can also acquire unique abilities, complete replayable missions, compete in PVP tournaments and more. The game include social media aspects, IAPs and third-party ads.

Marvel: Avengers Alliance 2 is available now for free on the App Store. It requires iOS 9.0 or later and is recommended for the iPhone 5 and above and iPad 3 and above. Here's the official announcement trailer: