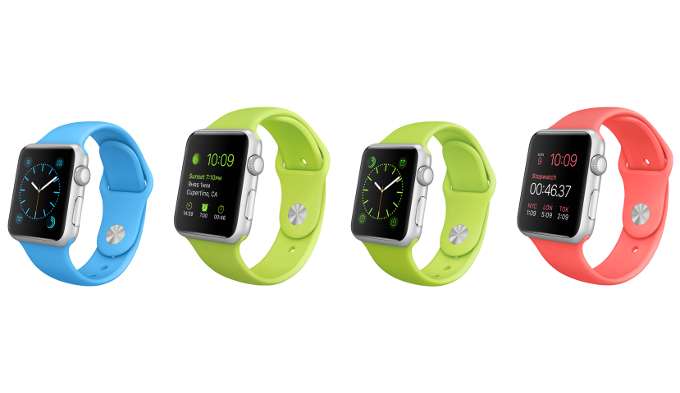 Update: Twitter users are reporting that the bands have already reached some retail locations.

Apple stores will be receiving "limited quantities" of the fluoroelastomer Sport Watch bands later this week, according to 9to5Mac. Citing an internal memo sent to retail employees, 9to5Mac reports that the inventory will primarily be for customers who need a replacement band or for those who want to swap their existing band for a different one. The remaining stock will then be offered to other customers looking to purchase additional bands for their Watch.

Apple recently rolled out its "Made for Apple Watch" program with guidelines on how to create third-party bands. Third-party manufacturers will be able to acquire the necessary parts, such as lugs that connect the band to the Apple Watch, directly from Apple. The guidelines also require that all Watch bands pass several requirements, like a 72 hour salt mist test as specified in ASTM B117. This is to insure that all Apple-approved third-party bands will not damage a users Watch.

The Apple Watch has gotten off to a slow start with online orders quickly selling out at launch, but Apple CEO Tim Cook allegedly told employees at Apple's China headquarters that retail locations will begin stocking the Watch “by June.”