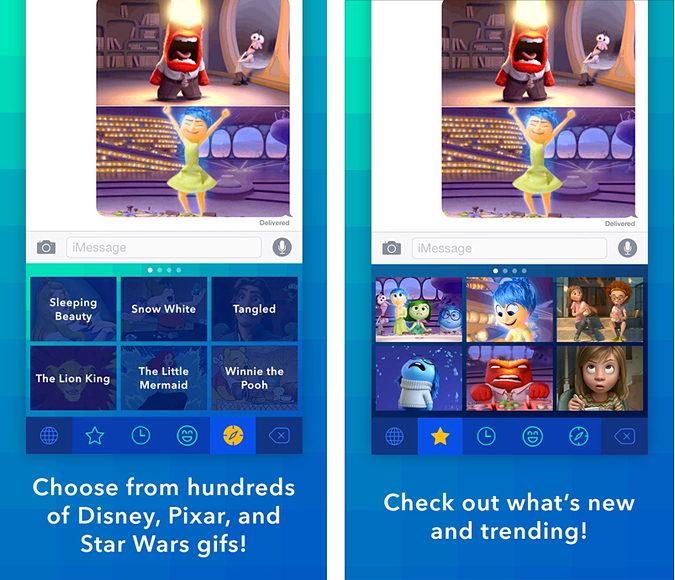 Sending animated pictures directly from the iOS keyboard is magical. Just ask anyone with RuPaul's Drag Race Keyboard installed on their iPhone. The Walt Disney Company has now jumped into the game, offering the free app Disney Gif to anyone running iOS 8.0 or later. Once installed, Disney Gif provides access to hundreds of categorized gifs from a custom keyboard. Disney, Pixar, Star Wars, and ABC themed animated gifs can be pasted into Messages, Mail, or any other app.

Like any third-party keyboard, installing is the trickiest part. This process requires a few extra steps after getting the app from the App Store. After download, navigate to Settings -> General -> Keyboard -> Keyboards -> Add New Keyboard -> Disney Gif -> Allow Full Access -> ON (green slider). 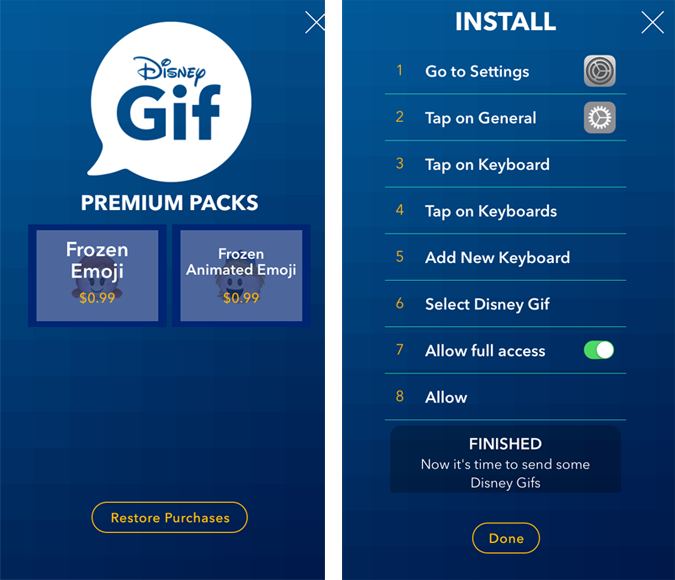 Now the full Disney Gif keyboard can be used by tapping the Globe button (to the left of the space bar) on the iOS keyboard. Animations are also categorized by emotions, such as Happiness, Sadness, Anger and Love. Users can quickly access recently used gifs or see which gifs are currently trending in the app.

Disney has included a variety of favorites in the app, and the company plans to add more content over time. Some of the current offerings include Inside Out, Star Wars, Aladdin, Finding Nemo, Toy Story and more. Two Frozen animation packs are for sale via In-App Purchase for $0.99 each.

For more information see Disney Gif on iTunes. The app requires iOS 8.0 and 34 MB of free space to install.