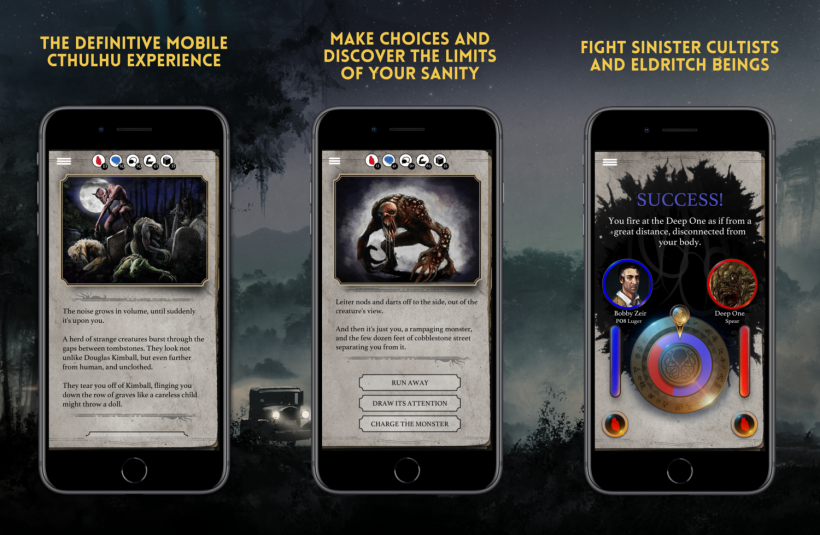 MetaArcade has brought Chaosium’s award-winning role-playing game Call of Cthulhu to the Apple App Store. Cthulhu Chronicles is an interactive, choose your own adventure-type RPG where players must navigate their way through Arkham City while keeping their sanity intact.

The game emulates the tabletop version by allowing players to read through interactive fiction stories set in 1920s New England. Players must make decisions that affect the outcome of the story, and risk The Wheel of Cthulhu to sometimes determine their fate.

Cthulhu Chronicles includes several investigators to play. Each investigator comes with their own set of strengths, weaknesses, storylines and choices based on their personalities. Each story has "multiple endings and numerous clues to uncover, unlocking new storylines and outcomes," according to the official App Store description.

Players can play each story 3 times for free per day. Tickets and ticket bundles are available as IAPs to play additional stories.

Cthulhu Chronicles is available for free on the App Store. You can learn more about the game at metaarcade.com.

Cthulhu Chronicles, the tabletop version, is available in its 7th edition at chaosium.com.The original version of the game was released in 1981.