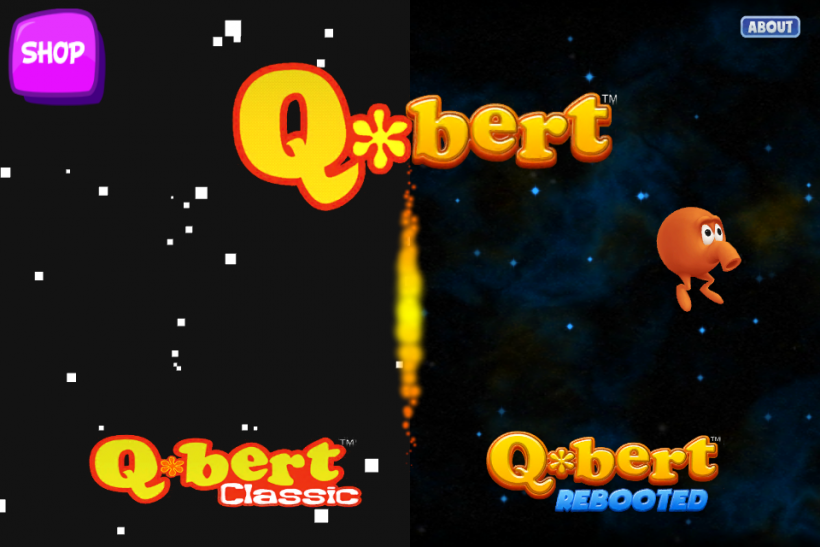 If Pac-Man is the Madonna of 80s video games, then Q*bert is the Cyndi Lauper. The little orange guy was quirky, extremely popular and the star of one of the most merchandised arcade games of that era, but he’s never been able to achieve the same commercial success as some of his peers outside of his decade. Maybe it's because he only speaks Q-Bertese, or that he swears too much, but whatever the reason Q*bert deserves better. That's why it is nice to that him and his friends have made their way to the Apple App Store. Being part of the Apple ecosystem is so much nicer than the last time we saw Q*bert begging for Pac-Man cherries in Wreck-It Ralph.

Gonzo Games and Sideline Amusements have ported the original Q*bert video game to the iPad and iPhone, plus released a new 3D version in, Qbert Rebooted.

In Q*Bert Classic players are transported to the arcades of the 1980s to play the original 2D isometric platformer. Q*bert Classic features all the same old school graphics and fun gameplay of the original, but with new touch screen controls. The game also includes all of the classic enemies Coily, Ugg, Slick, Sam, Wrong Way and Red Ball. 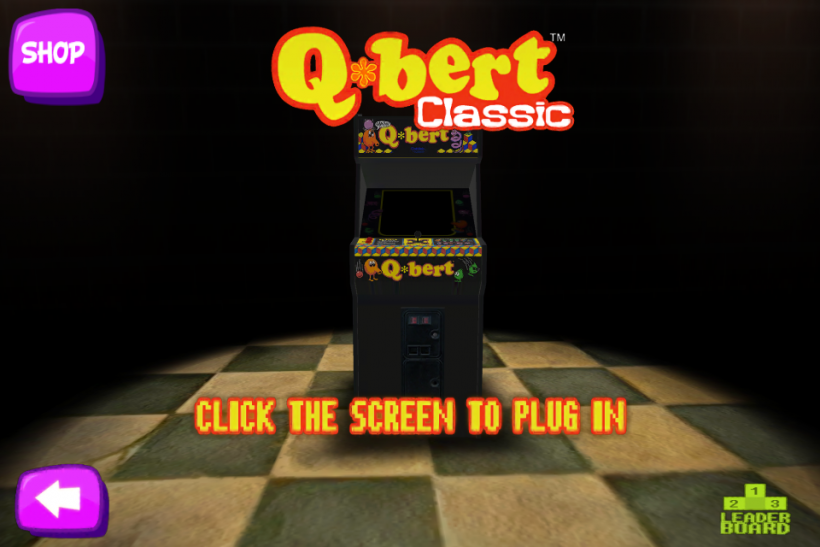 Q*bert Rebooted is a new 3D version of the game with updated graphics, new enemies, power-ups, traps, gem collecting and more. Players can collect gems to unlock new characters, like a pumpkin Q*bert, and each level features mini challenges that you can complete to give the game more replay value. There 3D reboot also offers 30 new levels, updated hexagonal blocks instead of squares, and whole new way to enjoy Q*bert.

The best part about the game is that it's free, but it is ad supported. Qbert Rebooted does offer the option to purchase more gems with real world money, but it's not required because you can collect them for free during gameplay. There is also an ad-free option of the game available as an IAP for $0.99. Qbert Rebooted is available now on the App Store. It supports all devices running iOS 6.0 or later. 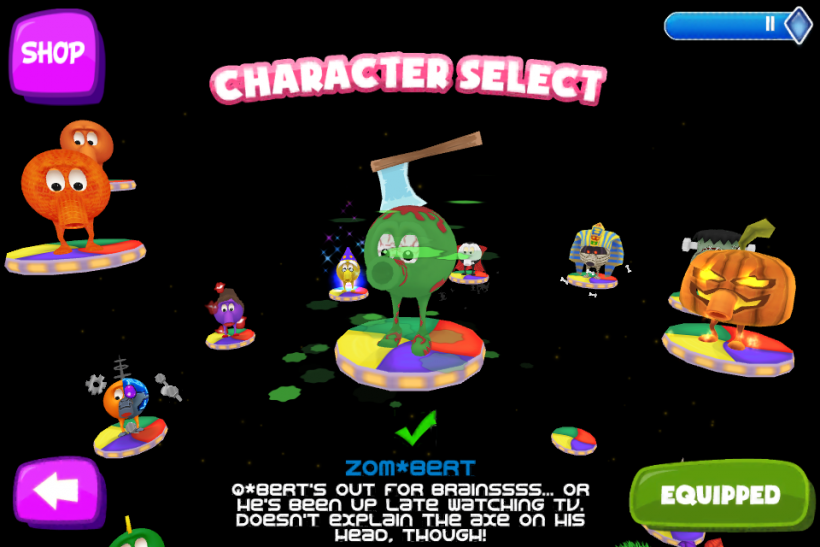