iOS App of the Week: Last Day on Earth

Last Day on Earth unforgivably tosses you in to the world without any shelter, tutorial or restart button. You will have to quickly learn how to survive by scavenging for sticks and rocks before zombies, starving wolves and other players kill you.

The new survival game from developer Andrey Pryakhin is a lot like Don't Starve where you need to scavenge and craft items to stay alive. The goal of the game is to build a home base to protect yourself from zombie hoards and other players looking to steal your supplies. You will die many times, and in the process lose everything you worked so hard to create. This is not only very frustrating, but it is what makes the game very addicting. There's a lot of trial and error involved, and you will make a lot of mistakes, but it's all worth it when you finally craft a large item, such as a shower.

Last Day on Earth is very detailed. You must build everything from scratch. This includes finding the correct items to build a fire pit and garden, collecting seeds to grow food, chopping down trees for fuel and cooking vegetables to make stew. Almost every action has a positive or negative affect. Killing wolves for example is not only necessary to survive, but it will also earn you some meat and animal skin that you can use for food or to craft additional items. 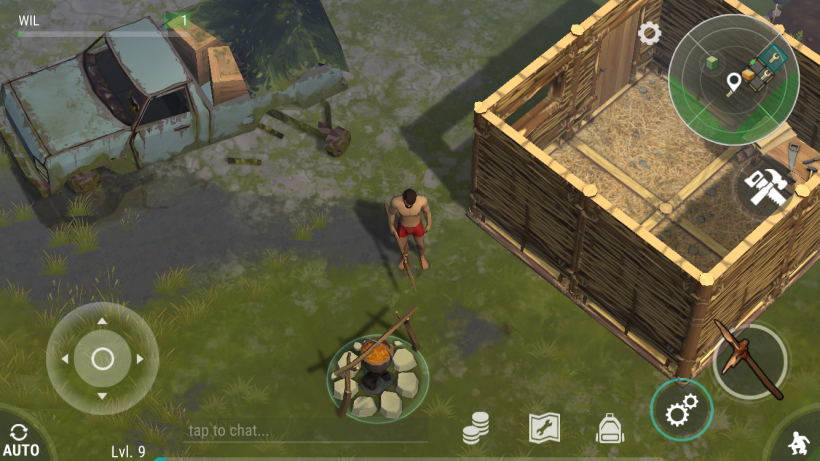 You mostly find supplies by traveling to other areas such as forests or abandoned army bunkers. Traveling takes time, but you can spend energy to speed up the process. Your energy refreshes 1 point every two minutes, so spend it wisely.

Once you get the basics down you can start collecting supplies to build your house, or any structure you want. You can then outfit your home with amenities like a woodworking bench and melting furnace to craft better materials to make your home stronger. This is important because large zombie hoards attack every 24 hours. This is super frustrating because they wreck your house which makes building stronger material very important. 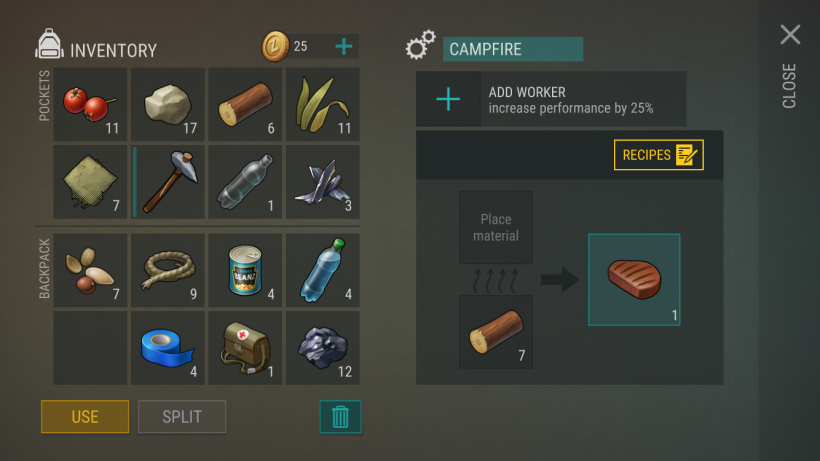 Last Day on Earth is highly recommended to those who enjoy the survival genre. This game has everything for gamers who love crafting, resource management and building. It is also multiplayer, which means you have to avoid other players, and can create clans and organize raids. There's so much to do in this game it is impossible to list everything. You can rebuild abandoned cars by finding the right parts, trade with NPCs, raid bunkers by finding the correct ID card, and you even have to worry about having the right clothes for changing climate.

Last Day is free to play. You can spend real-world money on coins which can be used to buy packs of supplies or XP boosts. Spending money isn't necessary, and the timers do not hinder your enjoyment of the game. It does suck having to wait to travel to new locations when you're low on energy, but you can use that time to create a plan of action to survive.

Last Day on Earth: Survival is available now on the App Store.