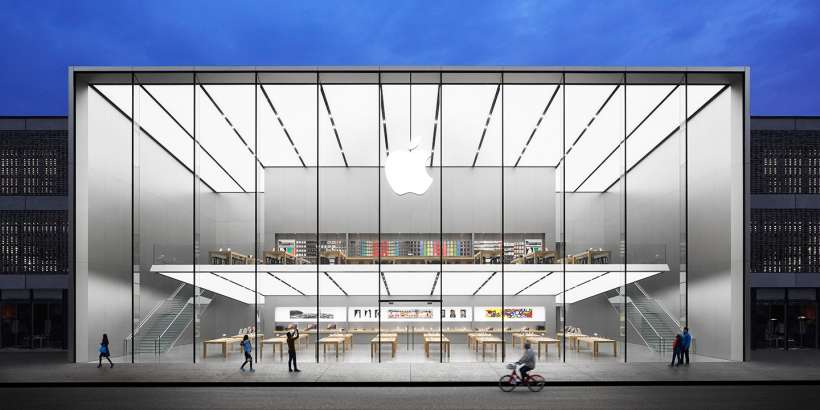 It appeared that Apple (NASDAQ: AAPL) stock was poised for a rebound after it gained nearly 3 percent on Monday, closing at $119.72. It wasn't to be, however, as share prices dropped 5.2% in the following 24 hours, closing Tuesday's high volume session at $113.49. Wednesday's trading saw a low of $109.63, a price not seen since January, though it closed the day at $115.24. The volume dropped off and the price plateaued for the rest of the week, with the share price closing Friday at $115.96.

Last week's performance is congruent with the thoughts of many fund managers, according to Financial Times. The publication found that many investors believe Apple stock still has room to fall before it starts to rebound. Analyst Bob Slimmons of Morgan Stanley said he wouldn't be surprised if share prices approached $100 before rebounding.

Investors' nervousness is at least partially to do with the volatility of the Chinese market. Last week China purposefully devalued its currency, which could potentially have a major impact on iPhone sales in one of its fastest growing markets. In an interview with The Wall Street Journal, analyst Arthur Liao of Fubon says he "[expects] weaker consumer demand for iPhones in China and Apple may raise its product prices later if China continues to devalue its currency."

Although Apple expects a record breaking iPhone 6s launch, KGI Securities analyst Ming-Chi Kuo doubts that Force Touch will be enough drive iPhone upgrades. He believes the next generation iPhone doesn't have an upgrade or app that is significant enough to generate enough sales to avoid the first ever year-over-year contraction in iPhone sales. He believes the company will sell between 65 and 75 million iPhone 6s handsets during this year's holiday period. The iPhone 6 sold 74.5 million units in the same period last year.

U.S. carriers' move to installment plans could counter that however. According to Piper Jaffray analyst Gene Munster, these plans could generate additional iPhone sales because they allow customers to upgrade earlier than the traditional two year upgrade window offered by subsidized purchases. According to his calculations, customers on installment plans could result in an additional 7.3 million iPhone sales by the end of the year.

Apple Pay will have a new competitor come September when Samsung Pay officially launches in the U.S. In addition to NFC payments, Samsung Pay will be capable of mimicking credit card swipes, which may give it an edge over Apple Pay when it comes to merchant acceptance. Meanwhile, Apple Pay's other main competitor, CurrentC, which is backed by many large retailers including Walmart, Target and Kohl's, will likely delay its launch until 2016.

Apple had planned to debut its streaming TV service alongside the launch of the next generation Apple TV next month, but it looks like that won't be the case. According to a report from Bloomberg, negotiations have stalled once again between Apple and content providers. That being the case, the launch will likely be delayed until 2016.