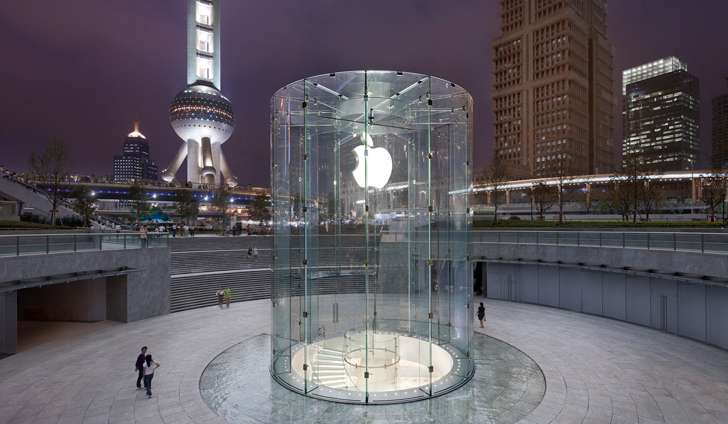 Last week was Apple (NASDAQ: AAPL) stock's most active week of trading since the last week of April, though it didn't end favorably. Share prices opened Monday at $124.94 and had a weekly low close of $120.07 on Thursday after reaching a low of $119.22 on that same day. That's the first time the company's stock has dipped below $120 since early February. Prices rebounded on Friday, gaining 2.67% to close the week at $123.28. Volume could increase this week with Apple's FY 2015 Third Quarter earnings call quickly approaching. The company will announce its third quarter results on Tuesday, July 21 at 5:00 p.m. ET.

All signs are pointing to another stellar quarter for the Cupertino giant. In a research note to investors on Thursday, UBS analyst Steve Milunovich upped his estimated iPhone shipments to 51 million units from his previous forecast of 50 million. He noted that much of the growth is happening in the Chinese market which sees consumers of all income levels purchasing iPhones. UBS analysis also suggests that Apple enjoys the highest brand commitment level of all smartphone manufacturers in the Chinese market.

Brean Capital issued an even more bullish note to investors on Tuesday. Analyst Ananada Baruah maintained the firm's buy rating and price target of $170 (up from $160 earlier in the year). Believing Wall Street's third quarter estimate of sales between 48 and 50 million units is too low, Baruah forecasts between 52 and 53 million sales.

Canaccord Genuity also issued a research note last week. According to the investment firm's analysis, the iPhone 6 holds about 50% of the total US smartphone market share. On top of that, a global wireless survey suggested that iPhone 6 Plus demand is strong and still growing. Canaccord maintains a buy rating and a $160 price target for Apple.

While iPhone 6 sales are seemingly doing just fine, Apple is already looking forward to a record launch this fall with the next generation iPhone, which many are unofficially calling the iPhone 6s. The company is reportedly ordering between 85 and 90 million units according to sources within the supply chain. This compares to 70 to 80 million units for the initial production run of the iPhone 6. The new iPhone is expected to launch sometime this fall, likely in late September.

Mac sales are enjoying a successful quarter as well. While PC sales have fallen 10-12% year-over-year, Mac sales have grown 16.1%. While its market share is still much lower than most of the major PC manufacturers', every PC company's sales dropped significantly year-over-year.

Some dubious reports surfaced last week that Apple Watch sales have fallen dramatically. AppleInsider deftly put the kibosh on that notion, noting that the data actually show that the wearable is outselling all of its competitors, including far cheaper ones, by a large margin.

On Wednesday a U.S. District Court judge threw out a verdict that awarded $532.9 million in damages to patent troll Smartflash LLC, which claimed that Apple had infringed on its patents though, according to Apple, it "makes no products, has no employees, creates no jobs, has no U.S. presence, and is exploiting [the U.S.] patent system to seek royalties for technology Apple invented." A new damages trial is scheduled for September.

Apple Pay continued its expansion, adding 23 new banks and credit unions to its ranks last week. Among the newcomers were First Federal, First National Bank and Randolph-Brooks Federal Credit Union, one of the largest in the nation.