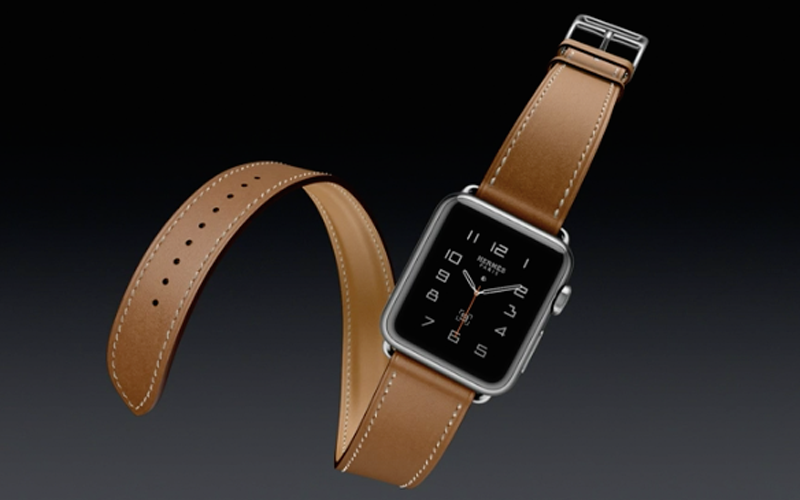 Apple kicked off its fall media event with an exploration of updates coming to Apple Watch. Version 2 of watchOS will include several enhancements, such as Time Travel. Turning the Digital Crown forward previews one's entire day. In addition to third party complications, which can display an array of data right on the watch face, Transit will be added to map functions. Overall, there are 10,000 watch applications currently available.

The upcoming release of watchOS 2 is only the tip of the iceberg. While the watchOS software update will be available on September 16, two brand new finishes are here today. Rose gold and gold anodized aluminum will enter the scene at the same price as other sport models starting at $349. There will also be a Product Red version, which means some of the profits will go towards the global fund to fight AIDS.

The new Apple Watch case colors are available starting today in 24 countries around the globe. Apple also announced a partnership for a Hermes Apple Watch with a hand-stitched leather band. The Hermes watch face will complement this special edition Apple Watch.