How to restore Apple Watch from an iPhone 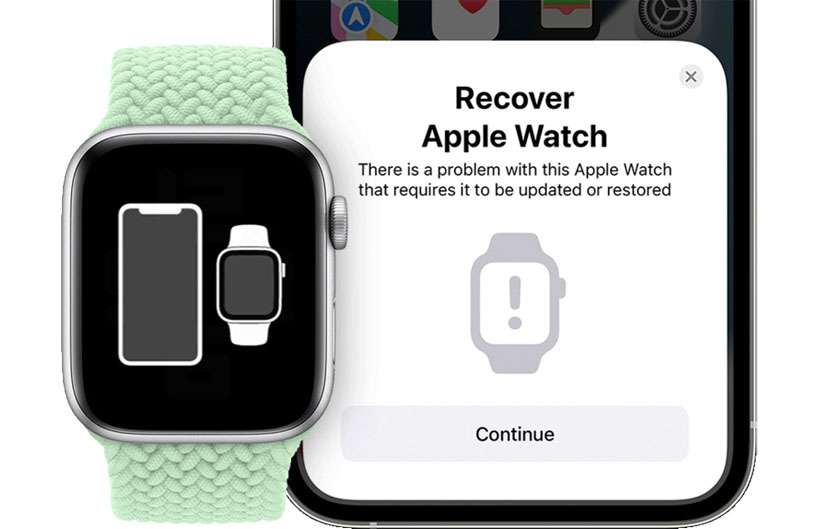 Your Apple Watch might show an animation asking you to bring it close to an iPhone if your watch experiences a problem that requires it to be updated or restored. You might also see a red exclamation point on your watch.

If you're seeing these symbols on Apple Watch, it's time for a firmware recovery. Follow these steps to restore Apple Watch using an iPhone:

Should you have problems with the process, try using a 2.4GHz Wi-Fi network instead of 5GHz. Apple also mentions that 802.1X or captive (portal-accessed) networks won't work. Sometimes the steps above result in a red exclamation mark on the Apple Watch screen, which means the restore failed and the device needs service.