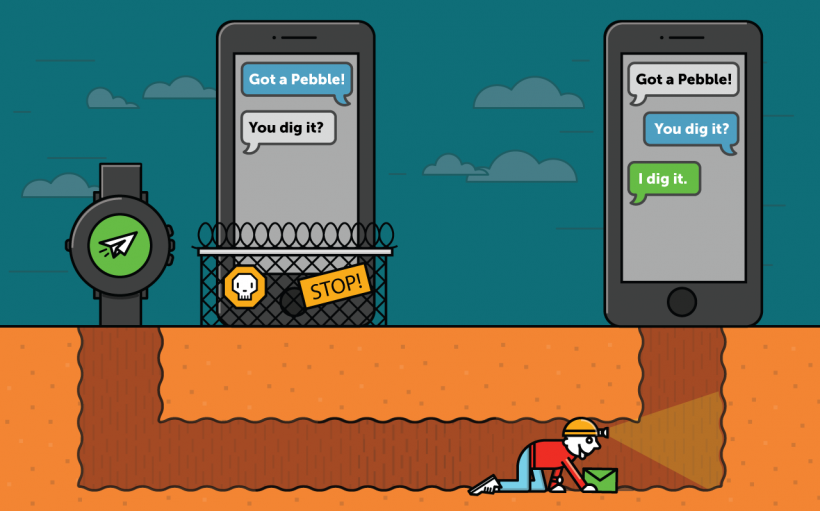 Pebble today announced that some Pebble smartwatches owners can "test drive" their new iOS text reply feature. The new feature only works with Pebble's more current devices such as the Pebble Time, Time Steel and Time Round, and it requires a "post-paid AT&T account." Pebble smartwatch owners whose devices meet all the requirements will be able to send a "voice reply or pre-defined text to incoming items from the iOS Messages app," according to the release notes. However, the reply sent from your Pebble watch will not appear in your Messages thread on your iPhone.

Pebble has released instructions on how to add the text reply feature to your iOS device and Pebble smartwatch:

1. Update your Pebble Time iPhone app to version 3.4 or higher.
2. After updating the iPhone app, update your Pebble Time’s firmware to version 3.7 or higher. Select Menu » Support » Update Your Pebble if you aren’t prompted automatically.
3. From the iOS app, navigate to Menu » Settings » Actionable Notifications to set up Text Replies for the first time.
4. Follow the setup instructions.
5. After successful setup, notifications received from the Messages app will have the option to reply with voice or a list of pre-defined responses.
6. Note: Successfully sent Pebble replies will NOT appear in the iOS Messages app. The reply is sent as an SMS through AT&T directly, and not the Messages app.

This update makes the Pebble watch the first non-Apple smartwatch capable of replying to text messages on an iOS device.

The Pebble smartwatch is available starting at $69.99 on pebble.com.