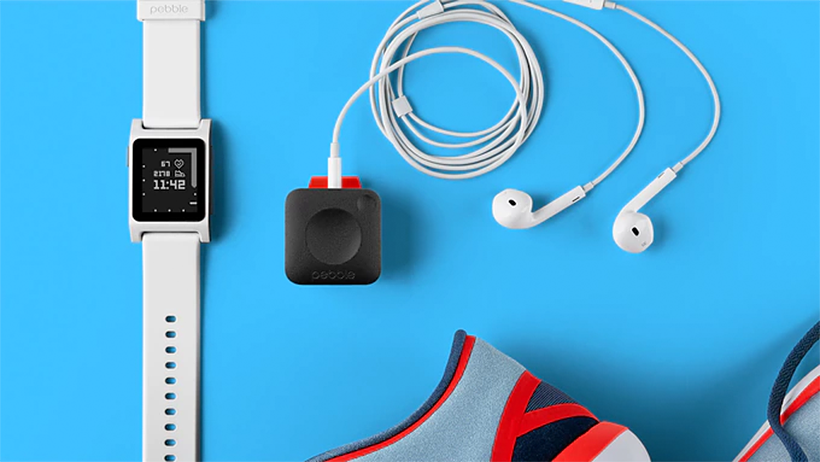 The Pebble 2 boasts a high-contrast black and white e-paper display, 24/7 heart rate monitor, and built-in sleep and activity tracking. A microphone is included along with water resistance up to 30 meters (90 feet). Battery life is up to 7 days, and the device will ship in September 2016 starting at just $99 bucks.

For those looking to upgrade, the Pebble Time 2 will feature a larger, color e-paper display, 24/7 heart rate monitor, and built-in sleep and activity tracking. Also water resistant up to 30 meters (90 feet), the Time 2 has a microphone and slightly longer battery life at 10 days. Pricing for the Time 2, which ships in November 2016 starts at $169.

While the previous devices may be familiar, the Pebble Core takes things in a new direction for the company. Billed as an ultra-compact, ultra-affordable wearable, the Core is designed to help runners without having to bring additional hardware along. Core streams music, syncs GPS data with smartphone apps, and even connects to Bluetooth (or wired) headphones.

Of course, the Pebble Core will connect directly to a Pebble watch, which means runners can instantly glance time, pace, distance or control music on the go. It offers 5 days of battery life, 3G connectivity with a micro-SIM card, and voice note recording. It can even send an emergency text message, all starting at $69.

The Pebble Core is also designed for hackers, as it can be customized with a hardware expansion port, two programmable buttons, and a Pebble Core SDK (software development kit). The Pebble Core will ship starting in January 2017.

The Kickstarter campaign is quickly filling up with backers, and retail prices will be higher than the special rewards pricing. After the campaign, Pebble Core will retail for $99, with the Pebble 2 and Pebble Time 2 going for full prices of $129 and $199 respectively.