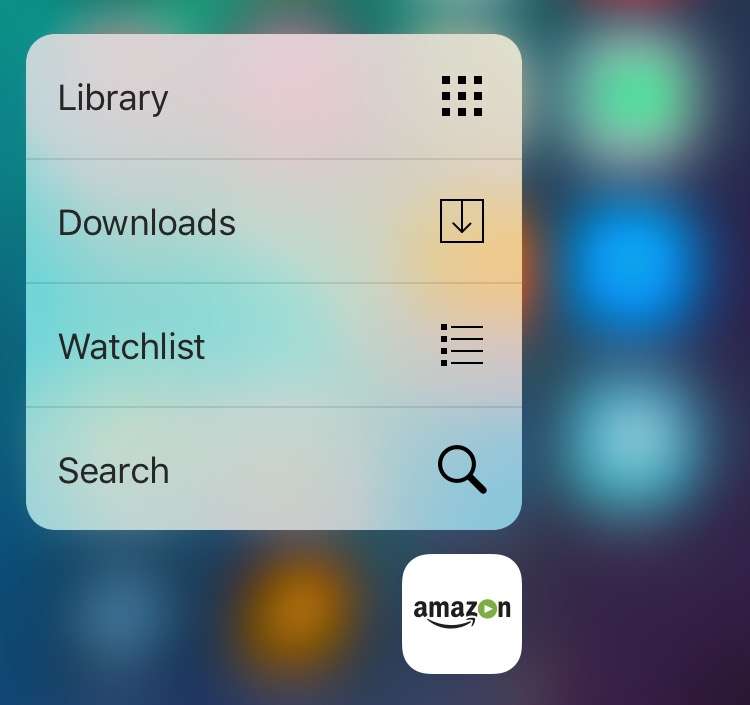 Amazon has updated its Amazon Video app with several new iOS 9 and iPhone 6s features. The app now supports Quick Actions, which allows users to quickly access their Amazon Video library, downloads, Watchlist and search from their iPhone 6s or 6s Plus Home screen. Users can firmly press down on the Amazon Video app icon on their display to access the quick menu option.

Amazon has also added an " X-Ray" option to its movie viewing experience. iOS users can now view information about the actors and songs from videos they're watching. The X-Ray features pulls its information and trivia from IMDB.

The Amazon Video app is now optimized for the iPad Pro and supports iOS 9 multitasking options such as Picture in Picture and Slide Over. Picture and Picture allows users to minimize the Amazon video they're watching in a smaller window so they can access other apps without closing their movie. Slide Over also gives users the ability to open a second app without closing their Amazon Video app. iOS 9 multitasking is only available on select iPad devices. You can see a list of supported devices here.

Last but not least, the app has been updated with a "Next Up" feature that automatically plays the next episode of a television series.

The Amazon Video app is available for free on the Apple App Store. It supports all devices running iOS 7.0 or later.