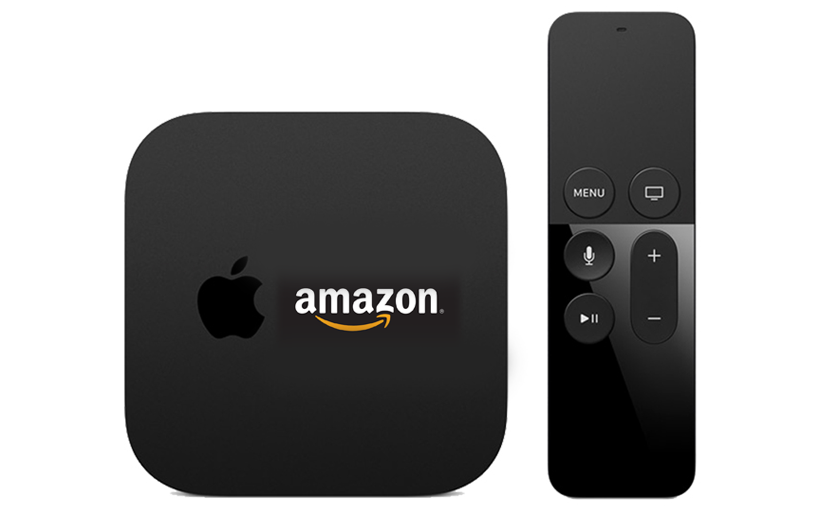 The thaw between Apple and Amazon continues. Hot on the heels of Amazon Prime Video coming to the Apple TV, Amazon has decided to start selling Apple's set top box in its online store. Amazon.com has already posted new product pages for different Apple TV models, although as of this writing they are still unavailable for purchase. Interested buyers can click a button to receive email notification when the products are ready to ship.

Amazon will offer three varieties of the Apple TV:

An Amazon spokesperson confirmed to CNET the company was preparing to offer Apple TV units as well as Google's Chromecast on Amazon.com. For its part, Google recently pulled YouTube from Amazon streaming video devices over ongoing disagreements. The two companies are in negotiations to resolve the issues.

Now that Apple TV owners can download a free tvOS app to stream Amazon Prime Video from the App Store, Amazon will restore Apple's hardware to its online store. The devices, which compete with Amazon's line of Fire TV products, have been absent from Amazon.com for two years. Amazon was quoted by MacRumors, stating "It's important that the streaming media players we sell interact well with Prime Video in order to avoid customer confusion." Prime Video has become an increasingly important component of Amazon's Prime membership services.

With the holiday shopping season near its peak, look for Apple TV to arrive in Amazon's online store soon.