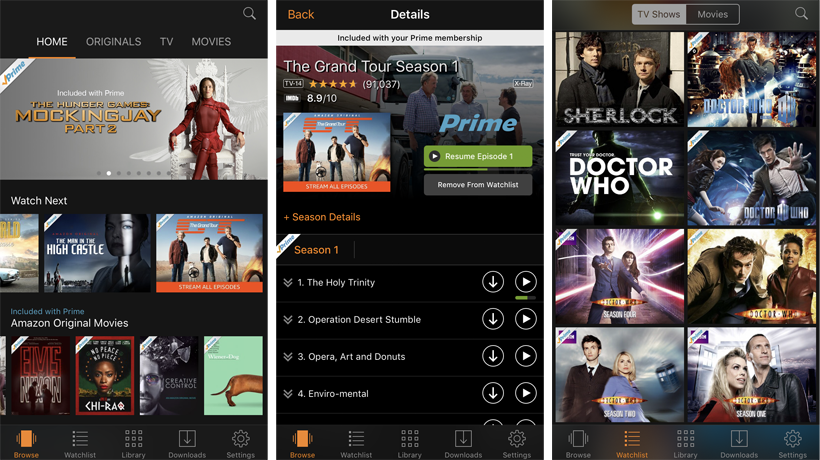 Amazon video fans may soon be able to watch their favorite Prime shows and movies directly on the Apple TV. Currently, Amazon Prime Video subscribers must AirPlay streaming content to the set top box using an iOS device like the iPhone or iPad. According to reports, a native Apple TV app from Amazon should arrive in the App Store during the third quarter of 2017.

The move marks a break from recent history, such as Amazon removing the Apple TV from its online stores. Amazon offers its own set top solutions in the Fire TV and Fire TV Stick, which both compete directly against Apple's product.

Amazon also prevents Prime users from purchasing shows and movies directly in its iOS app. The reason for this restriction is Apple's App Store policy, which takes a percentage of each in-app purchase (IAP). Apple CEO Tim Cook is said to have met with Amazon CEO Jeff Bezos to negotiate a deal with different terms.

According to Bezos, one of the reasons the Apple TV was removed from Amazon.com was precisely because a Prime Video app does not exist for the device. With a new IAP deal in place, this paves the way for an Amazon Prime Video app for Apple TV. It's possible the Apple TV will then make its way back to the Amazon online store.

The details of the rumored deal remain private, but consumers can expect to see changes later this year.