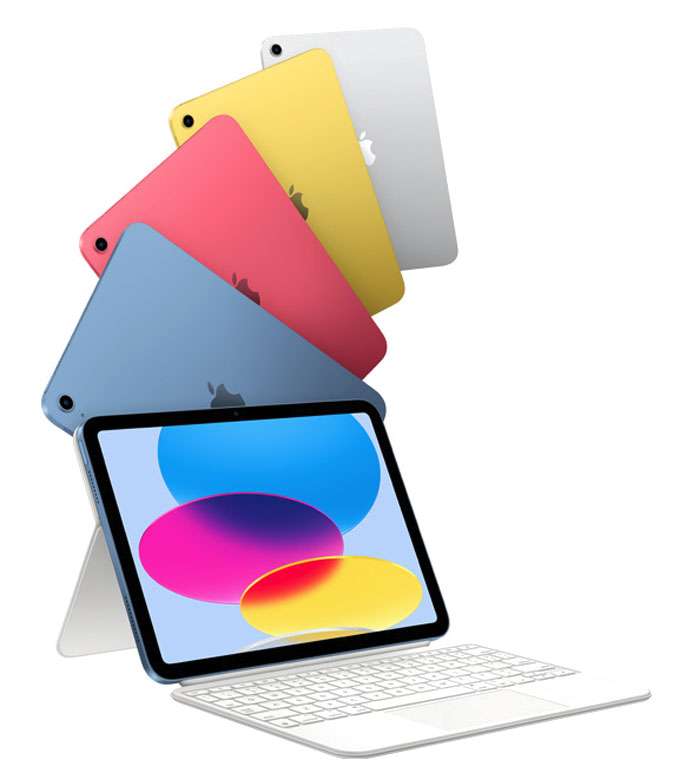 Apple introduced several new products this week via press release, skipping a full-on October keynote event. The next generation iPad Pro was joined by the 10th generation iPad, and new Apple TV hardware. Interestingly, all of the products revealed this month feature a USB-C port instead of Apple's own Lightning connector.

Here are more details on the 2022 models:

With a hovering pencil feature, the iPad Pro detects a 2nd-generation Apple Pencil up to 12 mm above the display. This means iPad users can see a preview of what will be drawn, and other apps can perform functions such as expanding text fields when an Apple Pencil is detected above the screen. The iPad Pro is Apple's first device to include Wi-Fi 6E, capable of 2.4 Gbps download speeds.

The more basic iPad gets a total refresh with flat sides and a bigger 10.9-inch display. Touch ID is incorporated into the side button, and the A14 Bionic chip improves processing speeds. The iPad comes in Blue, Pink, Silver, and Yellow colors, and relocates the front-facing camera for landscape video calling.

Apple also launched a new Magic Keyboard Folio to match the iPad. The iPad 10 supports the original Apple Pencil and starts at $449. The 9th generation iPad can still be purchased new for $329.

Last but not least, the Apple TV gets a refresh. Apple touts its A15 Bionic chip and 4K video output, with a new lower price starting at $129. The include Siri Remote now charges with USB-C and is available separately for $59.

The iPad Pro and iPad 10th generation are available for pre-order and begin shipping on October 26. The Apple TV ships on November 4th.