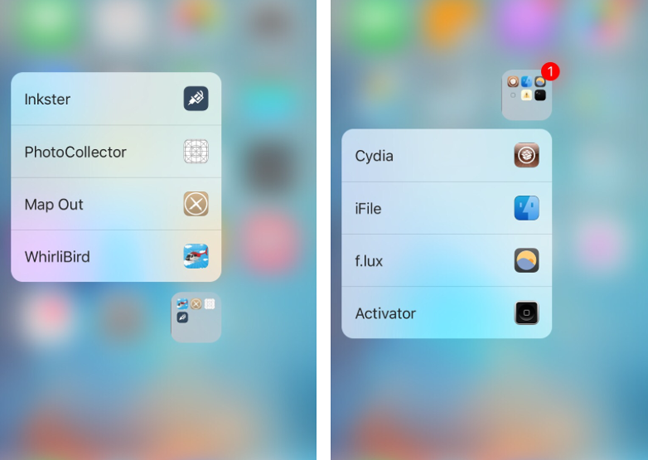 Since the addition of 3D Touch to the iPhone 6s, iOS users have enjoyed more ways to interact with their devices. App icons are no different, with many supporting quick actions directly from the home screen. Now that iOS 9 has been jailbroken, developers are setting their sights on expanding the capabilities of 3D Touch. The tweak Appendix seeks to add more functionality to app folders, by making it possible to open apps directly by invoking 3D Touch.

Once installed, Appendix has no settings or options to change. The first four apps in a folder are automatically displayed in the 3D Touch menu when a folder icon is pressed. To launch an app, simply select it from the menu and it will open immediately. Using 3D Touch saves the extra step of opening the folder then tapping the app icon. The only special consideration is that apps must be manually relocated to the beginning of the folder for them to appear in the shortcut menu.

Appendix is free on the Cydia app store. To start customizing iOS, click here for instructions on how to jailbreak iOS 9 with Pangu. Find out how to purchase and install Cydia tweaks with this guide.