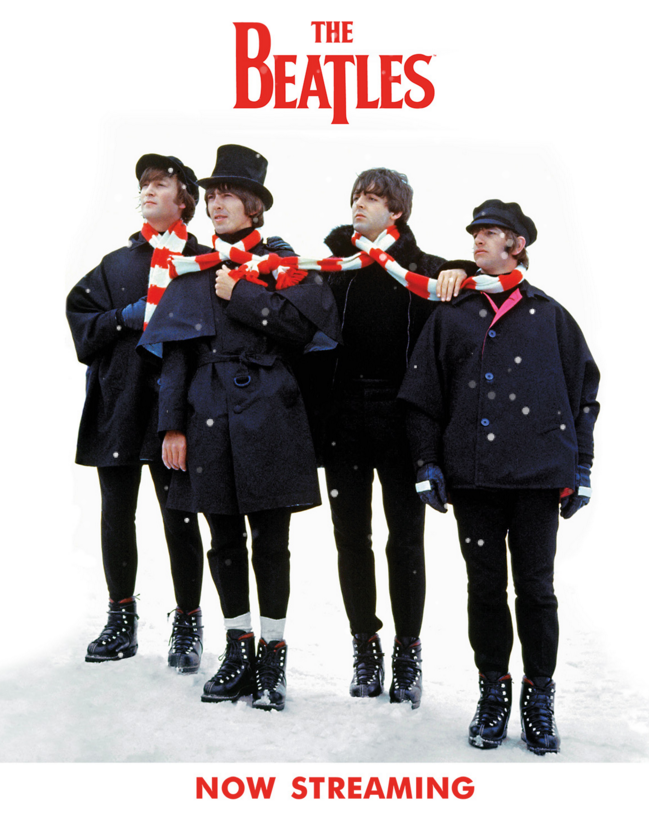 Beatles fans are getting an early Christmas present this year. The group's music will be available to stream on Apple Music, Google Play Music, Amazon Prime Music and more starting on Christmas Eve at 12:01 am. The official announcement was made Wednesday on thebeatles.com.

Pandora is the only major streaming service not getting the Beatles catalog. Spotify users will be able to stream Beatles songs on the free tier of the service.

Other streaming services that will carry the Beatles include Deezer, Microsoft Groove, Rhapsody, Slacker and Tidal.

Apple started offering remastered Beatles albums for donwload on iTunes in 2010, but this will be the first time the band's music will be availble to stream on Apple Music.

Beatles fans can also now download The Beatles +1 for $26.99. The Beatles +1 includes "all of their 27 #1, UK and US singles as beautifully restored videos for each song, along with 23 alternate versions, as well as rarely seen and newly restored films and videos of additional songs."