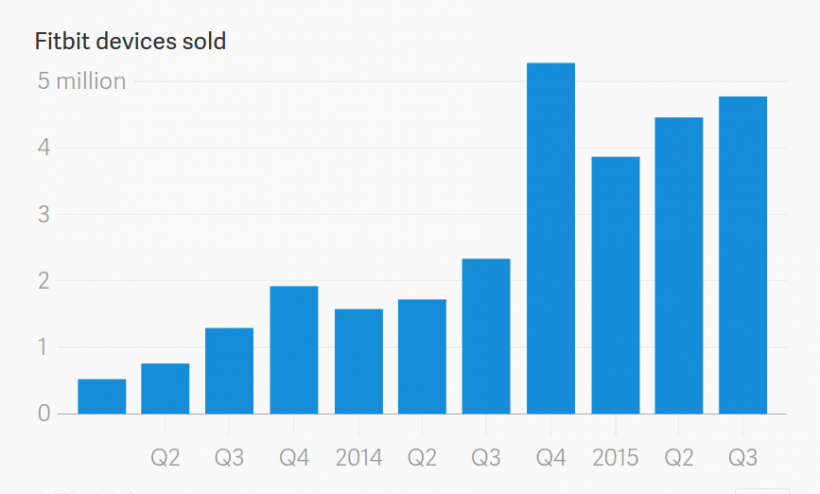 It looks like Santa delivered a lot Fitbit tracking devices this Christmas. The free Fitbit iOS app topped Apple’s app chart on Christmas Day, according to QZ. The sudden explosion in Fitbit app downloads suggests that a lot of people were activating a new fitness tracker on December 25th. The Fitbit app has also been one of the most downloaded health and fitness apps in all of December, according to App Annie. This could spell trouble for Apple who was also pushing their own wearable device this Christmas, but it is impossible to tell since neither Apple or Fitbit have publically reported sales.

Apple has been tight lipped about its Watch sales since it was launched in April, and guessing how many units have been sold is hard since their is no software to download and install. The average estimate for Q4 have been around 3.95 million units, according to Fortune who polled "several influential analysts" in October of this year. In comparison Fitbit "sold 5.28 million trackers in the fourth quarter last year," according to QZ.

If Fitbit did outsell the Apple Watch this Christmas price could have been a big factor. The Apple Watch also requires an iPhone 5 or later model to work. Perhaps this year holiday shoppers opted to go with a more affordable health and fitness tracker instead of Apple's stylish smartwatch.