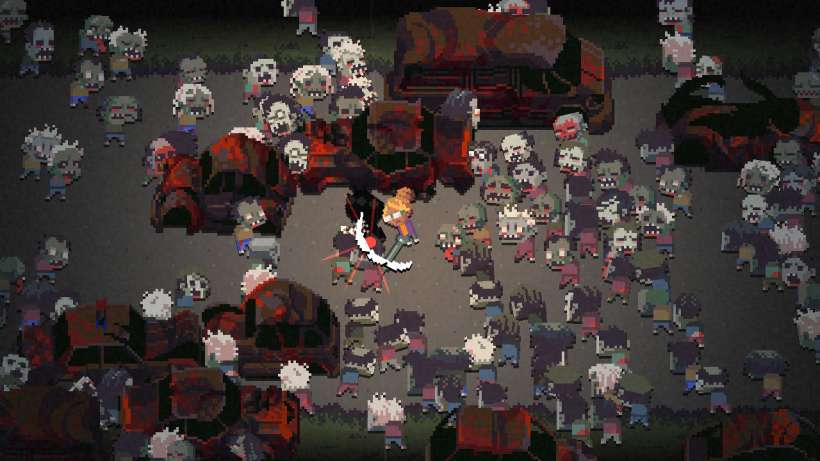 Rocketcat Games zombie road trip simulator, Death Road to Canada, has been in production for a very long time, but the developers have released a new live action trailer and promised that a PC release is coming "in the first third of this year. The developers dropped by the Touch Arcade forums on Monday to let everyone know that the game will also be coming to iOS, and that they will be publishing regular updates on the official website until the PC release.

Rocketcat describes Death Road to Canada as a "randomly generated road trip where you have to get a car of jerks to Canada." The game is a roguelike adventure where you battle zombies along the way while dealing with random events and unlocking wacky characters. Touch Arcade confirmed back in August that Santa Claus is a secret character you can discover in the game.

Rocketcat also noted that the goal of the game was to create zombies that are "an actual threat" and that 500 can be active at one time. The game features classic "slow, shambling zombies" which will make it easy for you to run away when things get a bit overwhelming.

Death Road to Canada is one mobile title that a lot of mobile gamers are looking forward to in 2016. Hopefully Rocketcat is really close to a release as they promise and you'll be seeing it on the App Store sometime later this year.