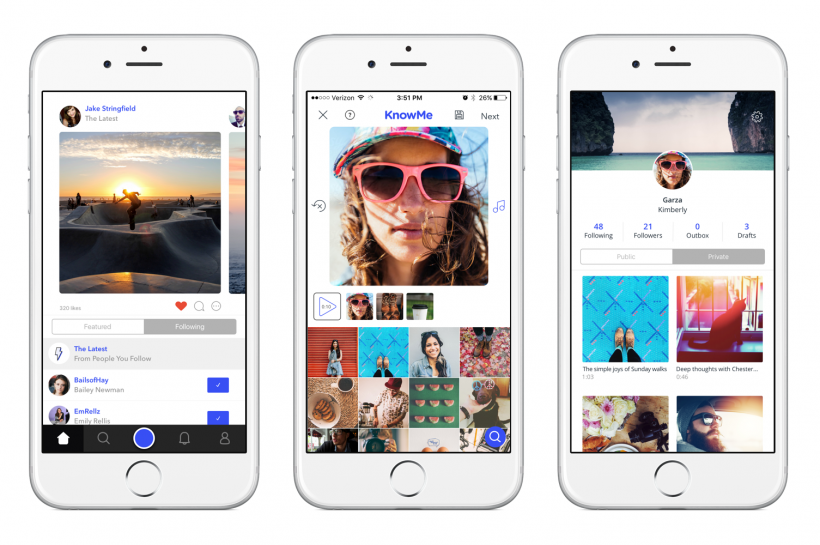 KnowMe is a new short movie making app created by documentary filmmaker Andrew Jarecki (Capturing the Friedmans and The Jinx). The app promises to make filming and editing short videos on your iPhone "radically easier" by simplifying the process with its own proprietary interface. Users of the app can add narration to photos and videos from their Camera Roll, search and use images from the web, include a soundtrack from a selection of music and more.

The app includes seven major features for creating your own short movies. You can choose to shoot new footage using your built-in camera from within the app, or use already existing images or video already stored on your phone. New footage and old footage can be combined with older footage and images stored on your device or with other images found on the web. The app includes its own search for finding the right image on the internet to spice up your video or help better tell your story.

You can add your own narration by simply touching any image or video. The app will automatically add the edited image or video with audio to your movie timeline when you are finished recording. Music can easily be added from other videos, from a selection of already provided tracks or your own audio library.

Rearranging clips is as easy as moving apps on your Home screen. Just tap and hold the segment you want to move until it wiggles and then drag it to where you want it in your timeline. Simply tap the X to delete any segment you don't want to use.

Piecing together random footage, images and adding and editing audio is all made easy with the app's simple to use touch-based controls. Anyone who has used an iOS device before can become a master at editing short videos using KnowMe. You can see a brief video demo of the app by Nev Schulman, host of MTV’s Catfish, below:

KnowMe is available for free on the Apple App Store. It supports all devices running iOS 8.0 or later. The app includes support for all the popular social platforms, plus SMS and email sharing, so you can easily share your movies with family and friends.