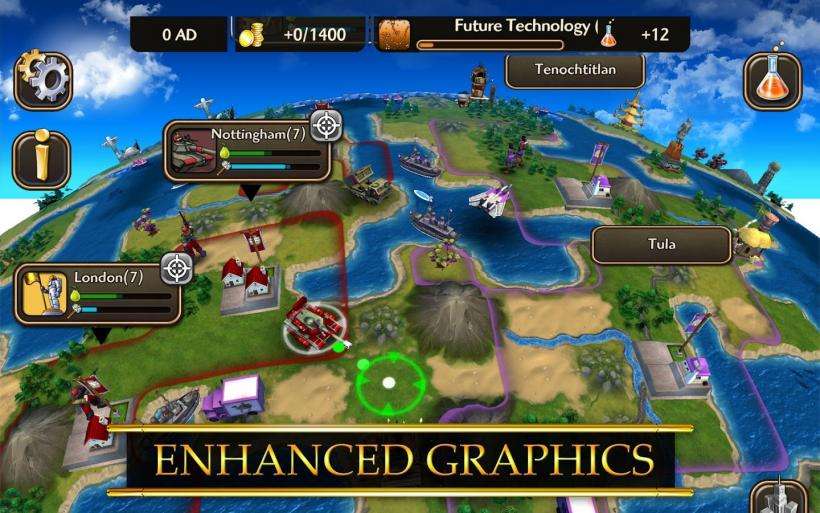 We interrupt the Halloween App of the Week to bring you this PSA: Sid Meier's Civilization VI is now availble for the iPhone, and it is currently 60% off. It was a pleasant surprise when Aspyr Media originally released a full port of Civilization VI for the iPad. I never considered the chance that they would bring it to the iPhone, but I was wrong, this week the iPad version has been updated with iPhone support.

If you have never played a Civ Rev game before, it is a turn-based strategy title where your goal is to grow your civilization from a small tribe to a world super power. You can play as one of 20 historical leaders while exploring new lands, researching technology or pounding your enemies into the ground with your military.

Civilization VI for the iPad and iPhone is a touch screen version of the original PC title. It is not a watered down mobile version, or a cheap freemium spinoff. The game is free to download from the App Store, but it is $60 to unlock the full version. Remember, this is the full PC version so it comes at a premium price. The game is currently 60% off, making it only $24.

Aspyr has also released lots of DLC available as IAPs. You can download the Vikings Pack, Poland Pack and more starting at $4.99.

It's nice to know that a Civilization title is once again available to all iOS users. Civ Rev VI is recommended to anyone who likes strategy games, especially military games. It includes lots of new features, including expansive empires with terrain based research, boosts to speed up your development, the ability to embed support units with other units, and more.

You can download Sid Meier's Civilization VI from the App Store and play the first 60 turns for free.