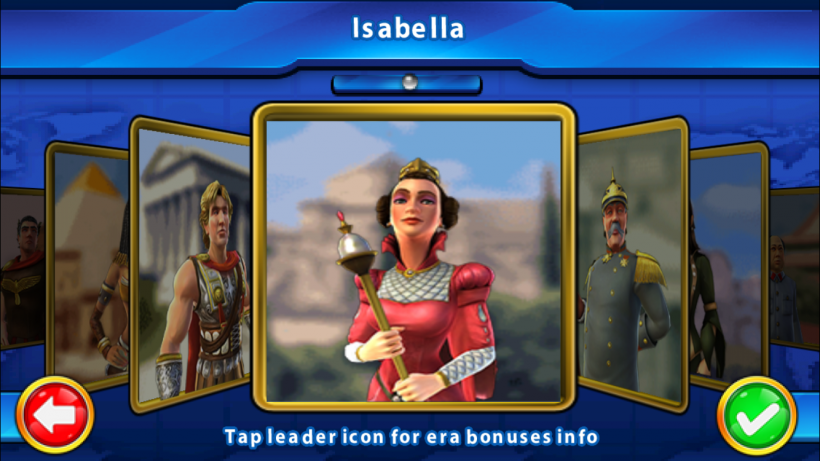 Civilization Revolution was released way back in 2009 but it is still one of my favorite strategy games on the Apple App Store. The iOS version is a great addition to the popular Civilization franchise, and it deserves another look from fans who ignored it the first time around.

For those who are new to the series, Civilization Revolution is a console version of the PC game developed by Firaxis Games and the original creator, Sid Meier. The iOS version was released as a redesigned iPad app, a universal app and a free "Lite" version. A sequel was released in 2014, but it was initially met with negative reviews by fans who claimed it was just a lazy remake. The sequel eventually managed to win some fans over earning a solid 4 star rating on the App Store.

The goal in both the original and sequel is to build the most powerful empire starting as a primitive civilization in 4000 BC. Players can choose to play as several different countries throughout history, such as America, Spain, China, Japan and Germany. In the game players must collect resources to build additional cities while defending their borders against other civilizations and lawless barbarians. What makes Civ Rev fun is that it's not all about winning a military victory. Players also need to build culture and wealth while developing new technology so their civilization is not left behind.

There are four ways to win in Civ Rev. You can win a military victory by capturing four foreign capitals, you can become a cultural leader, you can acquire the most wealth, or you can win a scientific victory. The best strategy it to pick a path and work towards that goal, but it is not as easy as it sounds. Just inventing and building the best weapons won't guarantee you a military victory because your individual cities may decide to abandon you for a more cultured society. Civilizations that choose culture over might run the risk of being overwhelmed by another empire's more powerful army. The goal of the game is to build a well balanced civilization that combines a strong military with culture, wealth and scientific advancement.

Civ Rev is a turned based strategy game where you perform several actions during your turn. You can move your individual troops, decide what types of sciences you want to research, build new cities, attack other cities and so on. While fun, fighting is not always an option and sometimes signing treaties and trading is the smarter path. It's also sometimes fun to wait and get revenge on another civilization for something they did a few decades ago.

The iOS version is more streamlined than the console version, but it still offers a deep gaming experience. There is so much to do in the game and so many ways to win, no two games are ever the same. The additional scenarios, scenario generator and multiplayer mode also adds to the game's replay value.

Civilization Revolution and its sequel are the perfect mobile versions to a popular PC gaming franchise. They are highly recommended to fans of war strategy games, and a fun way to take Civ Rev on the road. Like any mobile or handheld version, Civ Rev is not as good as it the console or PC versions, but it offers hours of entertainment on your iPhone, iPad or iPod touch.