New iOS Apps, Games and JB Tweaks of the Week: Fans Not Happy with Civilization Revolution 2

Released two weeks ago, 2K Games' Civilization Revolution 2 only has a two star rating on the App Store. This is sad because Civ Rev is one of the few games with a $14.99 premium price tag. 2K had the chance to strike a blow to the popular freemium model plaguing the App Store by releasing a great game for the iPad, but instead they delivered a buggy, lackluster effort not worth the high price, according to fans. 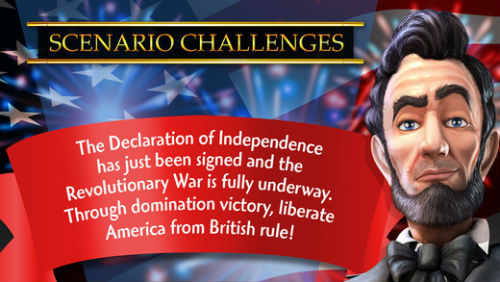 Fans of the Civilization franchise claim Revolution is more of a remake than a sequel. Players have complained that the game seems "lazy" and that there are only a handful of new units. Some also say that the new 3D graphics add nothing of value and even slow the game down in some cases. Fans are also unhappy about the games new "buggy" interface, lack of a multiplayer option and other basic control issues like not being able to zoom out of maps. Hopefully the game is not so bad that 2K can't fix it with a future update.

In other App Store related news, Ironhide Game Studio announced that both Kingdom Rush and its sequel Kingdom Rush: Frontiers will be getting "Endless Modes," and Blizzard Entertainment set July 22 as the release date for the "Curse of Naxxramas" Hearthstone expansion. The first level, the Arachnid Quarter, will be free and future levels will be available for 700 gold per wing or $6.99 per wing.

ESPN's Fantasy Football app was updated to version 2.0.0 in anticipation of the new fantasy football season. The app now allows users to create a team or league on their iPhone or iPad.

Guardians of the Galaxy: The Universal Weapon: $4.99 for the iPod touch, iPhone and iPad (Requires iOS 7.0 or later) Rated 12+ 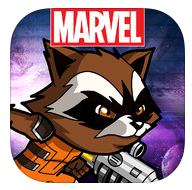 Marvel Entertainment shockingly decided not to release a free endless runner for its official Guardians of the Galaxy mobile tie-in. The game features zero in-app purchases and there is not internet connection required to play. The App Store player reviews are also mostly positive. The game allows you to unlock, upgrade and control 25 characters, and it features 60 levels in Story mode. 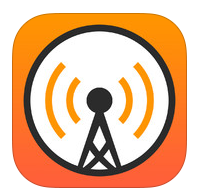 Overcast allows users to download and playback their favorite podcasts. You can also search and receive suggestions for new shows, create playlists, and receive notifications when new episodes are added. The app is free to download, but some features are locked and can be unlocked for $4.99.

Paul McCartney: Band on the Run, RAM, Wings over America, McCartney and McCartney II: $7.99 each for the iPad (Requires iOS 6 or later) Rated 12+ 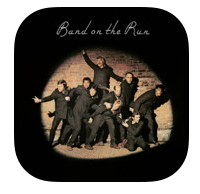 Paul McCartney is the latest musician to release his music as interactive iPad apps. Each of the five apps contain all the songs from the original album remastered, video clips, an extensive interview with Paul, rare photos and full album / single artwork. The iPad apps are also cheaper than downloading the full album from iTunes. 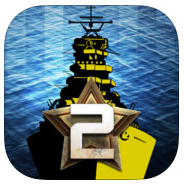 If you're disappointed with Civilization Revolution 2 you can give Battle Fleet 2 a spin for only $3. The game has received mostly positive reviews from several noteworthy mobile gaming websites. In the game, players are in command of a fleet of warships that they can outfit with a wide variety of weapons including AA guns and torpedoes. Players can also launch aerial attacks from islands and aircraft carriers. Unlike Civ Rev 2 which offers zero multiplayer options, BF2 has two multiplayer modes, plus a strategic campaign mode and random skirmish mode.