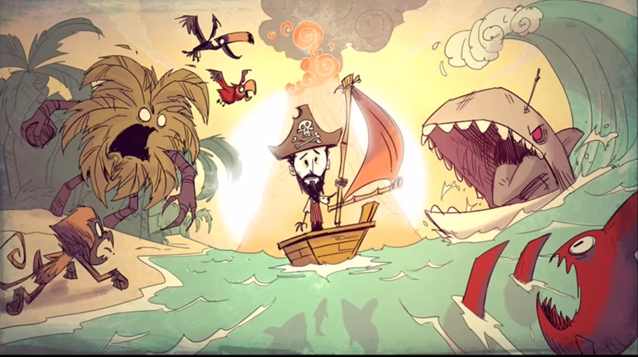 There wasn't many new releases to the App Store this week due to the annual holiday shutdown, but one pleasant surprise was delivered the day after Christmas. Klei Entertainment released an expansion to its Don’t Starve survival series. Shipwrecked was created along with CAPY, creators of Superbrothers: Sword and Sworcery.

Shipwrecked is a lot like its predecessor, except this time the game's protagonist, Wilson, finds himself stranded in a tropical archipelago. While the scenery might be nice, Wilson soon discovers that the islands are unforgiving and uncompromising, and full of things that want to kill him.

The game features a whole new world for players to explore with new biomes, seasons, and deadly creatures. The goal of Shipwrecked is the same as Don’t Starve -- live as long as possible in your harsh environment. The game also includes the ability to explore the open ocean by crafting a boat, and many other new crafting recipes for all your survival needs.

Don't Starve: Shipwrecked is available now on the App Store for $4.99. It supports all devices running iOS 8.0 or later. You can also now nab the original Don't Starve for only $0.99.