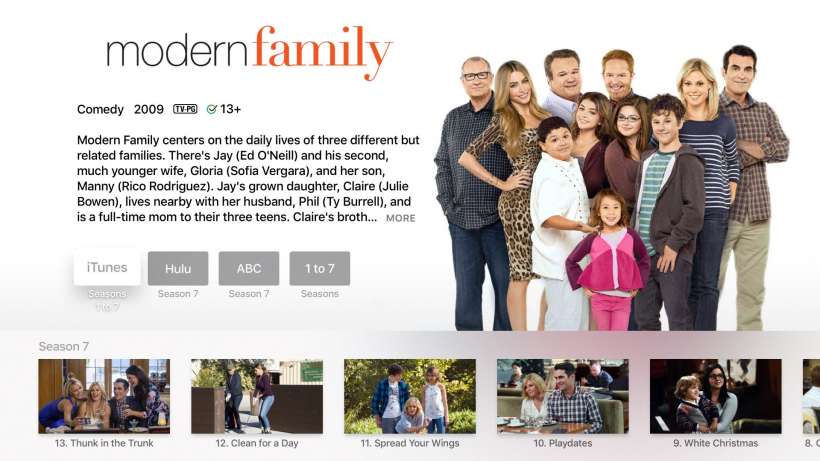 Universal search was one of the new features that made Apple fans excited about the release of the Apple TV 4, but upon launch it only worked with iTunes, Netflix, Hulu, HBO and Showtime. Apple has promised to expand the search with updates and so far it has kept that promise by adding the feature to several channels, including FOX NOW, FX NOW, National Geographic, PBS and PBS Kids. Today Apple also added the feature to Watch ABC, Disney XD, Disney Channel and Disney Jr. The update today brings the total universal search sources to 14.

The 14 channels are only searchable in the United States. Other regions, such as Australia, Canada, France, Germany and the United Kingdom, are currently stuck with universal search for only iTunes and Netflix.

Universal search allows Apple TV 4 owners to search for content across multiple apps using their Siri Remote. Users can invoke Siri on their TV by using the remote then ask her to search for certain television shows or movies. Siri will then deliver a list of apps that include the title for viewing. Apple plans keep its universal search API open for developers to add the feature to more third-party apps in the future.

Yesterday Apple rolled out tvOS 9.2 beta 4 to developers. The update brings App Store search for Siri and Dictation input. Dictation allows users to search within apps by using Siri, instead of having to manually type a title of a television show or movie. The update also adds Bluetooth keyboard support, a new app switcher and the ability to create folders for apps and games on the Main Menu screen.

Apple today also pushed a quiet update to Apple TV 4 boxes. The fourth-generation Apple TV now clearly displays apps purchased on other devices that have been updated with Apple TV support. Updated apps will now appear in the ‘Not on This Apple TV’ section under Purchased Apps.