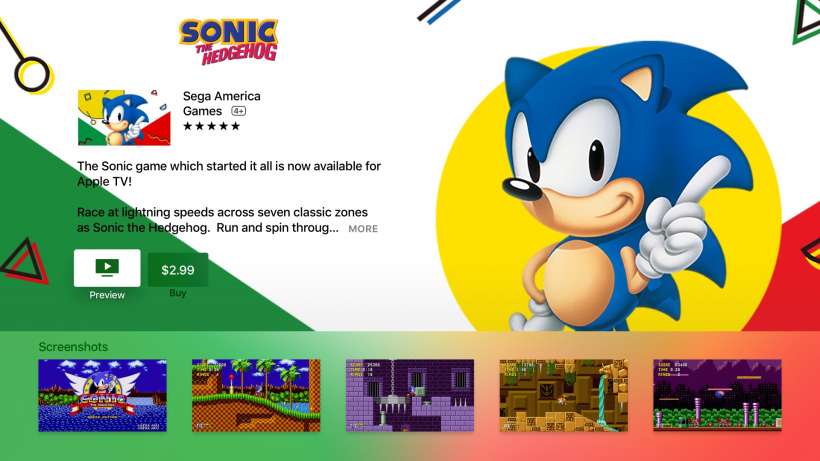 SEGA has begun porting its popular series Sonic the Hedgehog to the Apple TV. Starting today Sonic fans can download the original game from the Apple TV App Store. SEGA will then release Sonic the Hedgehog 2 on March 24, followed by Sonic CD on March 31. The games will also be playable across all iOS devices. This means anyone who has already downloaded Sonic on their iPhone or iPad will be able to access it on their Apple TV for free by downloading it from the ‘Not on This Apple TV’ section.

The original Sonic the Hedgehog is available for $2.99 on the tvOS App Store or Apple App Store. The Apple TV version has been remastered to work with the new Siri-powered Apple TV remote.

SEGA has ported several of the Sonic titles to iOS and has released some original titles, such as Sonic Jump, for mobile devices. It is unknown if the video game developer plans to port all its mobile Sonic titles to the Apple TV. You can see a list of available Sonic games on the App Store here.

Sonic the Hedgehog was originally released in 1991 as one of SEGA's flagship games. The SEGA mascot helped make the company one of the top video game publishers in the 16-bit era of the 1990s. Sonic has gone on to spawn several sequels, a cartoon, tons of merchandise and he has even made appearances in Nintendo titles, such as Super Smash Bros. Brawl.