iPhone wins most influential gadget of all time 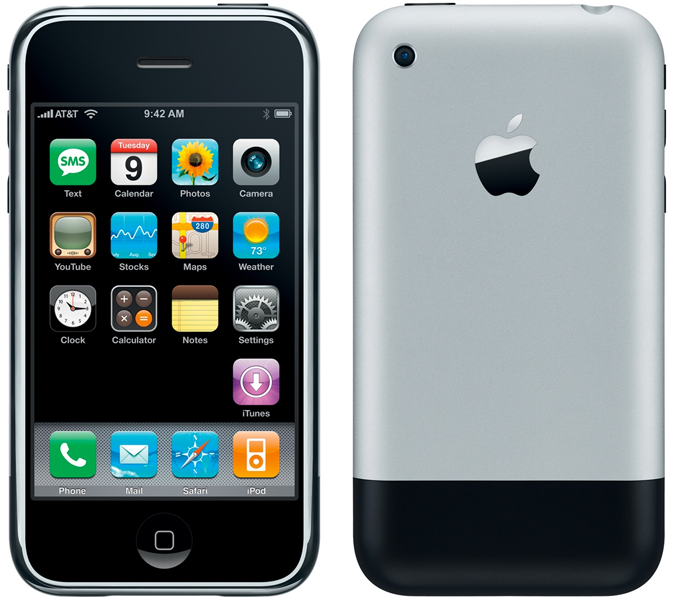 The original Apple iPhone was named the "most influential gadget of all time" this week, topping a list of 50 gadgets curated by Time magazine. The iPhone was one of several Apple products to make the top 50, including the iPod, iBook laptop, iPad and the Macintosh computer. In fact, the Macintosh ranked number 3, right behind the Sony Trinitron television and ahead of the Sony Walkman.

The list of gadgets is a trip down memory lane, with items ranging from the Victrola record player forward in time up to the MakerBot Replicator, Oculus Rift and DJI Phantom quadcopter.

The iPhone was not the only mobile phone to make Time's list. The Motorola Dynatac 8000x, which weighed two pounds and cost $4,000 in 1984 was joined by the Nokia 3210, BlackBerry 6210 and Motorola Droid. Several gaming systems made the list, including the Atari 2600, Nintendo NES, Nintendo Game Boy, Nintendo Wii and the Sony PlayStation. The Sony Discman D-50 also received honors, ranking number 40.

What's interesting about the list is just how many different types of gadgets have been supplanted by the iPhone. The capabilities of a single, portable device include the functions of half the entire list. Of course, without historical technology setting the stage for Apple, the iPhone may never have happened.

Time gave props to the App Store as well, saying "What really made the iPhone so remarkable, however, was its software and mobile app store, introduced later. The iPhone popularized the mobile app, forever changing how we communicate, play games, shop, work, and complete many everyday tasks."