How do I disable Handoff on my iPhone? 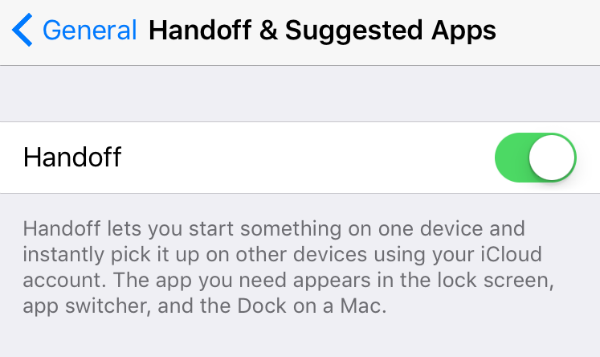 Handoff is a part of "Continuity" introduced by Apple with iOS 8 and OS X Yosemite. Continuity allows users to "seamlessly" move between their iOS devices and Mac, according to Apple. For example, iPhone users can receive and make calls on their iPad or iPod touch using Continuity.

Handoff allows users to start an email or document on their iPhone and finish it on their iPad. The feature is automatically enabled on supported devices running iOS 8.0 or later. To disable this feature just navigate to Settings > General > Handoff & Suggested Apps, and then tap the Handoff slider so it is OFF / WHITE.