Customize your travel maps with Relay 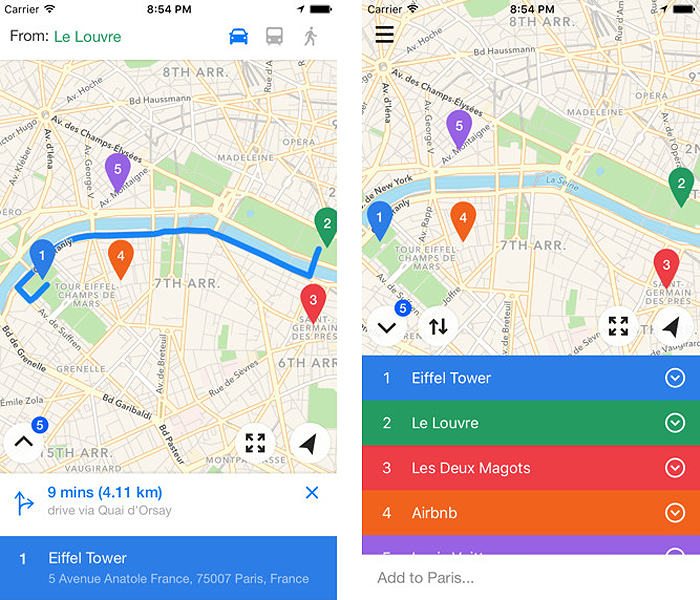 There is no guaranteed path to success on the app market, but one of the most surefire ways to stand out has always been to provide users with something they didn’t know they needed until it was available to them. If an app can make you say “Why didn’t I think of that?” after hearing about it, there’s a fairly good chance that its creator has stumbled upon something special.

Considering that hundreds of new apps are released every day, however, it becomes more and more difficult for app creators to stumble upon an idea that iPhone users haven’t seen before. Instead, many modern app sensations become major hits by fine-tuning an already established concept and simply becoming the best on the market.

Every now and then, though, an app comes along that still captures that elusive feeling of a light bulb going off in your head when you see it. The recently released Relay certainly falls into that category.

Relay is a navigation app that addresses a common deficiency among even the best map apps on the market by allowing users to actually plan a clear route between custom destinations. Let’s say you’re going to Paris (congratulations, by the way) and you want to plot a destination of shops and restaurants on the way to the Eiffel Tower. In standard map apps, this typically involves setting a course between one destination at a time. With Relay, you can actually create a custom marker for each location and plan a GPS route between them all.

Best of all, Relay allows you to add notes for each customized location and share your map with others. Selecting a business will even cause Relay to automatically pull in relevant information about that location such as hours and contact information. Given that you can also create and save multiple custom, themed routes this makes Relay the perfect solution for anyone who has ever had to play travel agent to visiting guests.

Relay’s GPS functions and location services mean that it can also function as your default map application, which it just might become once you realize how convenient it is to be able to create your own route between locations when exploring a new area. Relay’s functionality is so simple, yet so brilliant, for the wayward traveler to use that you’ll not only wonder “Why didn’t I think of that?” but you’ll also start to ask “Why is it that no other map quite thought of that?”

By cutting down the time you spend staring at your phone when exploring somewhere new and instead taking time to actually enjoy your new surroundings, Relay may prove to be an invaluable tool for iPhone travelers. It’s currently available on the App Store for $1.99.