Report: iPhone 7 will have headphone jack after all 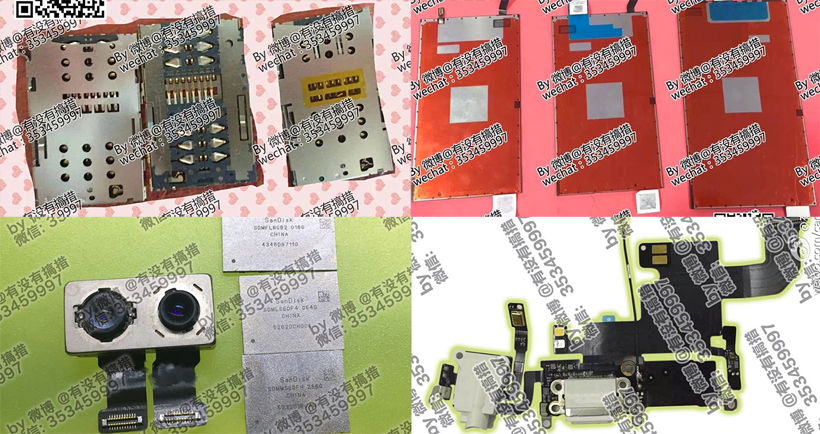 New leaks of alleged iPhone 7 components reveal a variety of updates coming to the next generation handset. A collection of images have been leaked from repair company Rock Fix, including components that point to dual-SIM card support. The capability to install two separate SIM cards is a popular feature in some Asian markets.

Apple has never offered a dual-SIM tray before, and it's unclear whether or not this feature is actually in the works. Among the leaked components are 256 GB SanDisk storage, which seem to confirm previous reports of an increased internal storage option on the iPhone 7 Plus. In addition, a dual-camera component is illustrated, which has been rumored for some time.

A dual-lens camera may only be featured on the larger of the two iPhone 7 models. The feature would make advanced image capture possible, such as 3D imagery or new ways to capture magnified portions of a scene.

While increased storage and a dual-camera have been widely cited, so have reports of Apple developing wireless EarPods and ditching the 3.5mm headphone jack. This would mean that wired headphones would need to connect via Lighting connector on the iPhone 7 and later. The Rock Fix leak does not support this hypothesis, as it shows components that do include a 3.5mm headphone port.

Overall, this image leak is a mixed bag. While the 256GB of storage and dual-camera look to match other reports, the dual-SIM and inclusion of a 3.5mm headphone jack are somewhat dubious. Look for the iPhone 7 to launch in September.