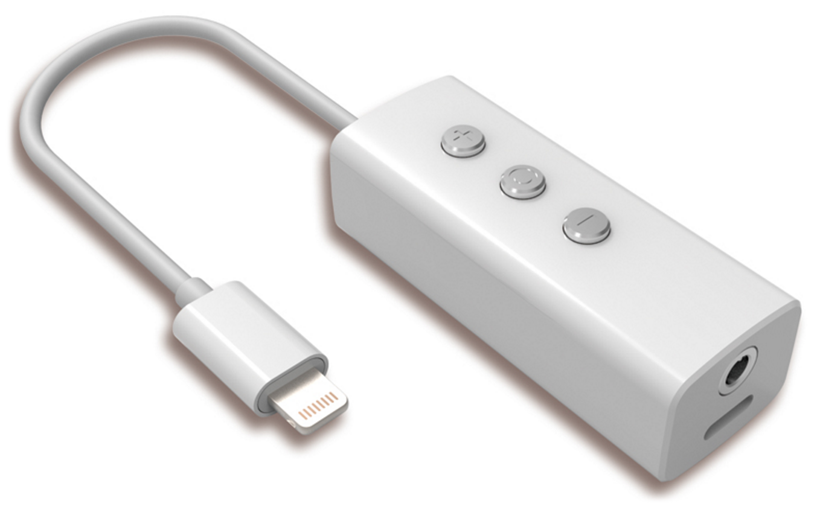 Reports continue to surface indicating that Apple will ditch the 3.5mm audio jack on the next generation iPhone. This move would leave the iPhone 7 with just a Lightning port, and the device would ship with Lightning-compatible headphones in the box. Apple is also said to be developing wireless Bluetooth EarPods that will be available separately. Now Mac Otakara reveals several Lightning to 3.5mm audio adapters that are set to hit the market.

These products further corroborate rumors of the 3.5mm audio jack's demise on the iPhone 7. Several versions are listed, however no pricing information is available. It appears the adapters will be participating in Apple's Made for iPhone (MFi) certification program. Lightning to 3.5mm audio adapters have volume control built-in, and there are varieties with Micro USB and 3.5mm audio ports included.

Besides a Lightning version of its EarPod headphones, Apple will likely offer its own Lightning to 3.5mm audio adapter. Should the iPhone 7 be launched without an audio jack, using traditional headphones would require plugging into such an accessory. The only alternative would be to purchase Lightning-compatible or Bluetooth headphones.

Lightning connectors were introduced with the iPhone 5 starting in 2012. The design features a reversible 8-pin connector, which replaced the larger 30-pin dock connector that was featured on iPods, iPhones and older iPads. Just as the move to Lightning saved valuable space, removing the 3.5mm audio jack would also give hardware designers more room.