iOS Apps(s) of the Week: Ghostbusters, Salads and more 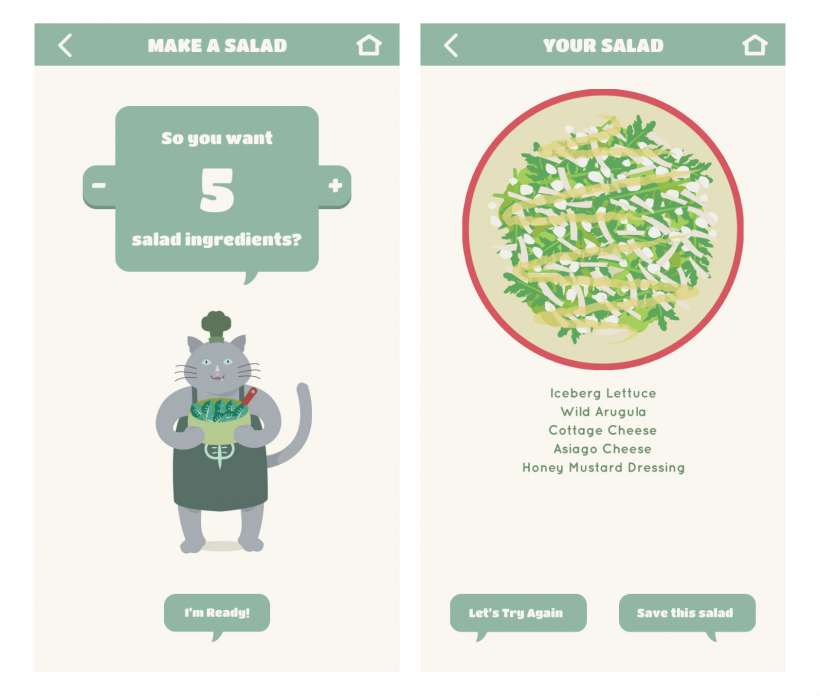 There were a lot of new apps released to the App Store this week making it hard to pick just one App of the Week. We originally selected Salad Shake, but the healthy eating app was overshawdowed by big releases from Activision and Warner Bros.. Salad Shake is a simple app that is capable of generating billions of unique salad recipes. Users can use the app to randomly create salads from a database of 116 ingredients.

Salad Shake is really simple to use. Just choose how many ingredients you want in your salad, then shake your iPhone until the cat chef creates a new recipe for you. You can keep track of all the new ingredients you have unlocked, save your favorite salads and share them with your friends and family. Salad Shake is a fun way to come up with new ideas you would have never thought up on your own. It is available now on the App Store for $0.99.

No matter what side of the debate you are on, the Ghostbusters remake is finally here and so are the obligatory tie-in games. Activision, in collaboration with Sony Pictures, has released two new games based on the rebooted franchise. Ghostbusters the console title is available now for the PlayStation 4, Xbox One and Windows, and Ghostbusters: Slime City is now available for iOS devices.

Slime City is a freemium title where players take on the role of a ghostbusting recruit who must save the city from a ghost invasion. The game includes one player missions, community challenges, timed events and PvP competitions. Players can craft unique proton pack loadouts, upgrade their headquarters and earn more powerful weapons and rewards by completing quests.

Ghostbusters: Slime City is available for free on the App Store. It supports all devices running iOS 7.0 or later.

Ghostbusters directed by Paul Feig is in theaters starting today.

Another big summer movie tie-in released to the App Store this week is Suicide Squad: Special Ops from Warner Bros.. This is the official Suicide Squad game for the upcoming film. Players must lead a special task force comprised of highly dangerous incarcerated supervillains. Special Ops is a first person shooter where players can master the weapons and powers of the Suicide Squad and see how long they can survive.

Suicide Squad the movie will be in theaters on August 5, 2016.