iOS App of the Week: Life Is Strange: Before the Storm 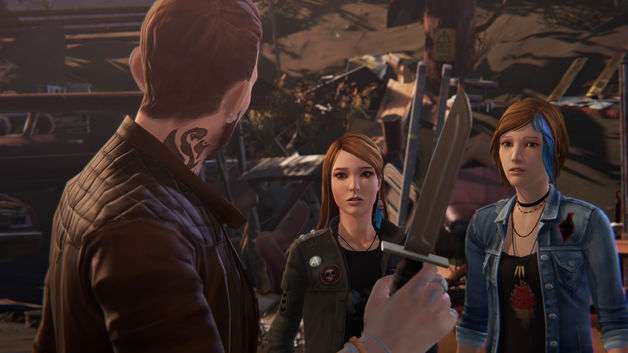 The sequel/prequel to the 2015 console/PC game Life is Strange is now available on the Apple App Store. Life is Strange: Before the Storm is choice-based narrative like the popular titles from Telltale Games. The original 3 episodes were released to for Windows, PlayStation 4, and Xbox One in 2017. The game follows the life of sixteen-year-old Chloe Price from a third-person view. It takes place three years before Life Is Strange, and includes the ability to "Backtalk" instead of being able to time travel, like in the original.

In the game you control Chloe as she searches for her biological mother. Chloe and her friend, Rachel, take on drug dealers, act in the school play and try to escape their hometown Arcadia Bay in a broken down truck discovered in a junk yard. The game is played by making decisions that will temporarily or permanently affect different scenarios within the game. Players can also make their "mark on the world with witty tags and drawings" and choose Chloe’s outfit to see how people react, according to App Store release notes.

Like with all episodic adventure games, your decisions in the game will lead to one of multiple endings. The mobile version also includes the original soundtrack from the indie folk band Daughter.

Life Is Strange: Before the Storm has been nominated for several awards, and the mobile version has already earned a solid 4 stars on the Apple App Store. The game is free to download. Additional episodes are available for $3.99 and a Season Pass is available for $11.99. The mobile version also includes the the bonus episode "Farewell."