iOS App of the Week: Reigns 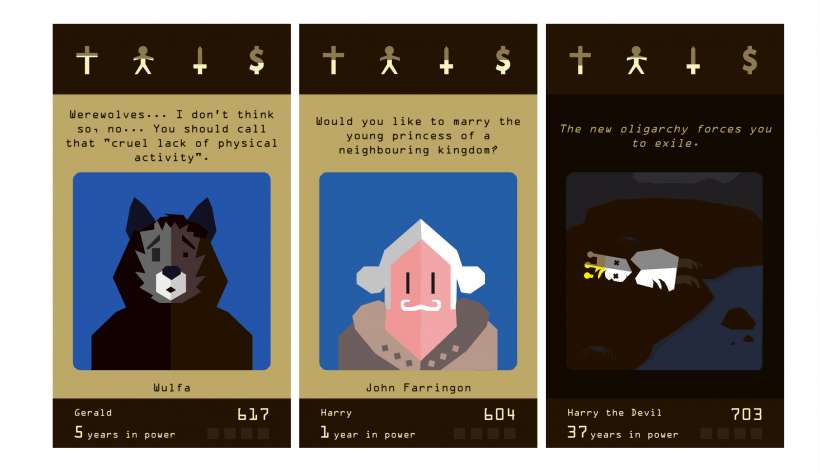 Being king isn't easy, rewarding or good for your health. These are the lessons you will learn while playing Devolver Digital's newest mobile title. Reigns is a choose your own adventure card game where you begin the game by overthrowing the current king. The goal of the game is to survive as long as possible while keeping a balance between the church, the people, the army, and the treasury.

Reigns is played by swiping left or right on a series of cards. Each card represents a request from one of the four major factions of your kingdom. Each decision you make will either have a positive or negative effect on your money, defenses, or relationship with the church and your people. Making the wrong choices will cause you to lose your kingdom in a variety of ways, like a violent death or going broke. This might all sound pretty basic but Reigns actually features a lot of interesting and fun layers.

There's a lot of aspects that separates Reigns from your typical choose your own adventure titles. The game keeps a timeline of your history as many different kings. Sometimes your reign will last a few years and sometimes it will last a few decades. You can also earn different achievements and will go on different adventures. There's also all kinds of weird events that take place while you're king. These include werewolf outbreaks, getting lost under your own castle and making deals with the devil. 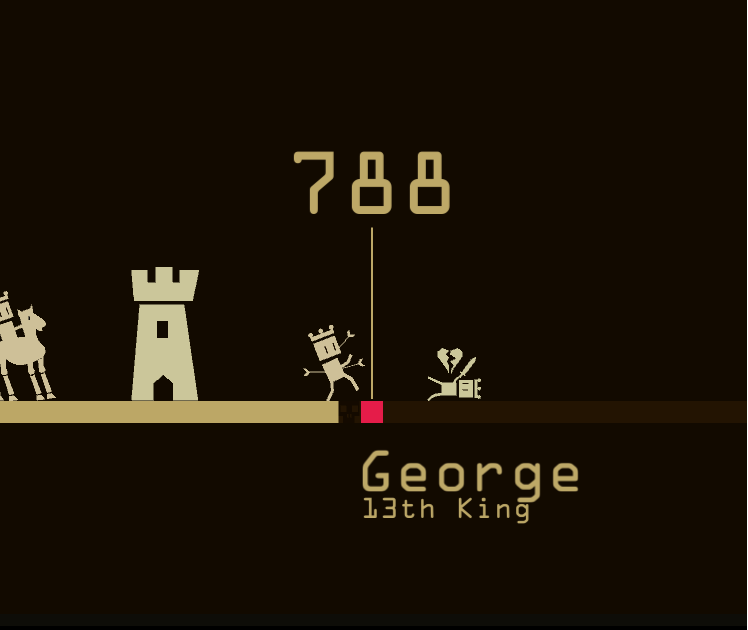 The game also includes mini-games like fencing and fighting skeletons, and every decision you make isn't about peasant uprisings or attacking other nations. Mundane problems like your hygiene, listening to your wife and dealing with the family dog will also affect your kingdom.

The gameplay of Reigns is very simple, but it is not easy to survive. Everything is done by swiping left or right, even the fighting. One tip I can give is swipe slowly. This allows you to clearly see your responses before you make them. Not every swipe means "yes" or "no". Sometimes swiping left is an action, a different response or an order, like attack. You can also see what of the four factions your decision will affect before you make your decision. You won't know if it will be a negative or positive response, but you should be able to guess in most scenarios. For example, agreeing to throw a party will obviously hurt your money, and telling the priest to piss off won't do you any favors with the church.

Reigns is available on the App Store for $2.99. It supports all devices running iOS 9.1 or later.