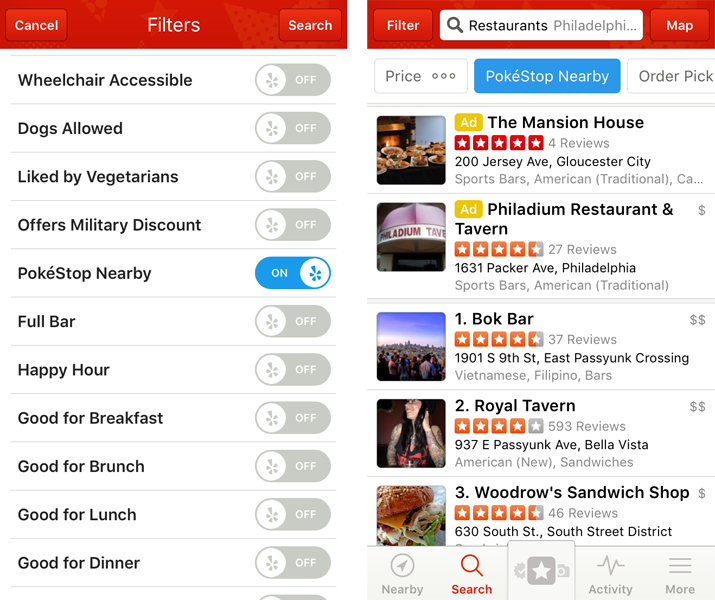 Seems like everywhere one goes nowadays there is someone hunting down Pokémon with their iPhone. Yelp has decided to get in on the action, and now Yelpers can utilize a search filter designed to help find local businesses close to PokéStops. The company announced the new feature on its official blog.

The filter option arrived on Friday, and Yelpers have already identified thousands of PokéStops. The process is simple according to Yelp:

To identify a business that’s in the vicinity of a PokéStop, check-in to that location on Yelp and answer a quick question to let fellow Yelpers and trainers know that this is the place they want to be.

When it comes to using the search filter, PokéStop Nearby can be enabled under Filters when viewing search results. The new filter is currently available for Yelp users in the United States, Australia and New Zealand.

Pokémon Go has quickly become the biggest mobile game in US history, overtaking records set by Candy Crush Saga three years ago. According to estimates, the game has over 21 million peak daily active users. T-Mobile has even added the game to its free cellular data promotion for subscribers.

Pokémon Go recently launched in 35 countries, with Japan and other places in Asia expected to join the party soon. The game is free and requires iOS 8 or later with 110 MB of free space to install.