How to use Siri to compose emails 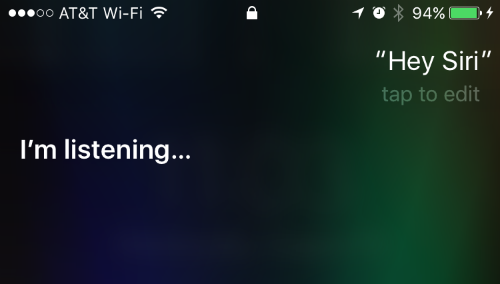 As most iPhone users likely know, Siri can both read and send messages, making it hands-free and allowing you to continue your task at hand. You may not be aware that this applies to email as well, so if you're in the middle of eating a rack of ribs and remember and important email that must go out, you can have Siri send it for you. Here's how:

1. Activate Siri by saying "Hey Siri" or holding down the Home button.

2. Say something like "Compose an email to so-and-so" or just "email so-and-so." If you don't say who, Siri will ask who you want to write to. Just say the name of your contact (make sure you have an email address for them). If you are sending to multiple contacts just put an "and" between the names. Also, you can respond to emails by saying something like "respond to last email."

3. Siri will next ask you what the subject of your email is. Dictate it to her. If there is a mistake you can change it later. 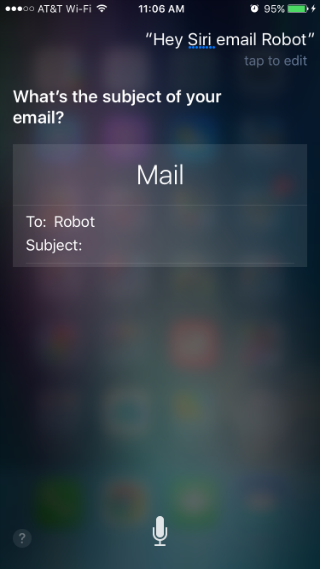 4. Now for the content. Dictate your message and then Siri will ask if you are ready to send it. Now is the time to correct any mistakes or add more content. To add more, simply say "add" followed by the additional content; Siri will append this to the end of the message. You can say "change" followed by the word/sentence you want to change, followed by what you want to change it to. This works well for simple messages but the chances of failure go up quickly as the length of the message increases. To change the subject, simply say, "change subject to" followed by the new subject. You can also CC and BCC more contacts at this point - just say "CC so-and-so." 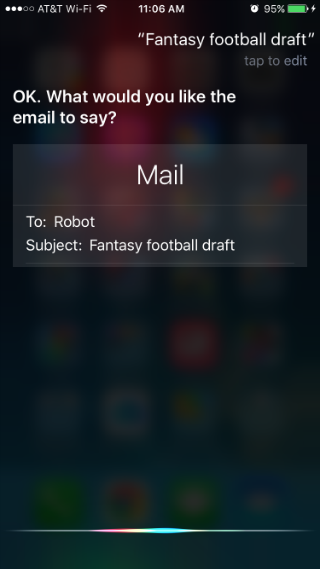 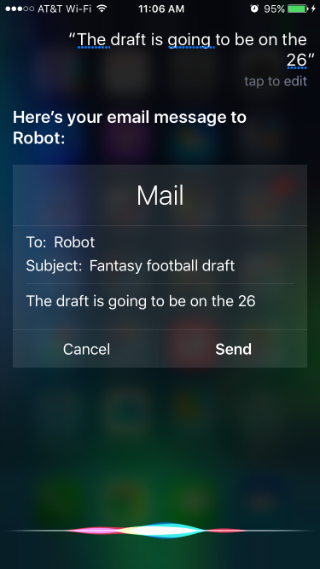 That's all there is to it. It's probably not the best solution for long, involved emails, but it works just fine for writing short messages or responding to emails that require simple answers. Also like Messages, Siri can read your emails to you, which is a perfect time to use Siri to respond to them.