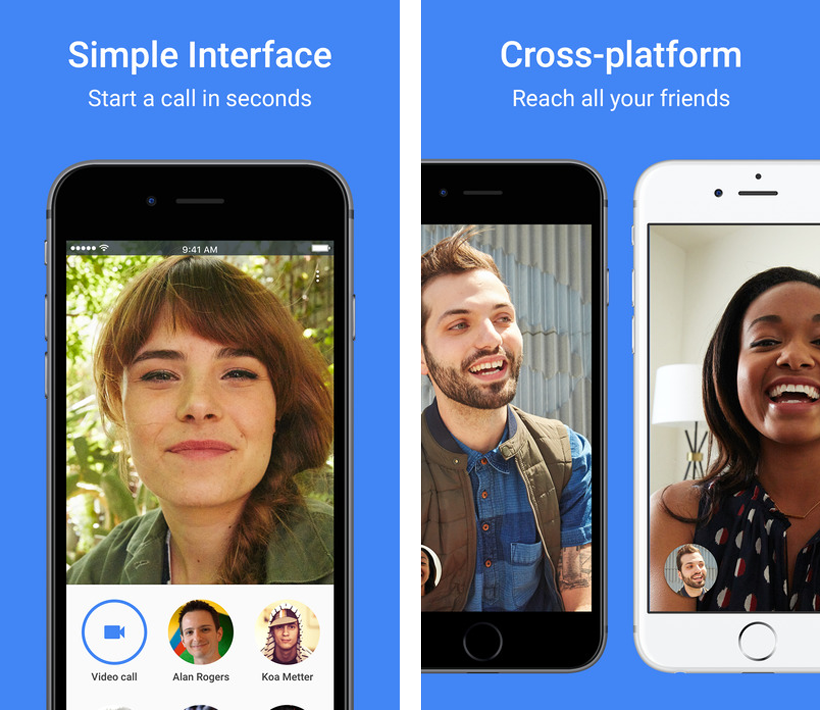 iPhone owners are now accustomed to using FaceTime for video calling. With FaceTime installed across Apple's product line, for many the app represents the first and only video conferencing solution they've used. The problem is that with Android devices, callers cannot be reached using FaceTime. Today, Google entered its hat into the ring with Google Duo, a simple one-on-one video calling app.

Google Duo is capable of bridging the gap between iOS and Android users. This cross-platform video calling app is designed with simplicity in mind. According to Google, the free Duo app has three main features:

Any of your iOS contacts can be reached with just one tap. Video calls are said to be faster and more reliable, on Wi-Fi or using a cellular data plan. And last but not least, anyone with a smartphone with the Google Duo app installed can enter a video call, even between iOS and Android devices.

While this may not be the first cross-platform video calling solution to hit the market, Google is sure to make an impact with the latest addition to its suite of iOS apps. Google is stressing that video calls made with Duo are reliable and fast, with the video front and center within the app interface.

Google Duo is free on the App Store and requires iOS 9.0 or later and 28.2 MB of free space to install.