Apple yesterday added a 2TB tier to its iCloud service giving iOS users 4 different storage options starting at $0.99 a month. Apple previously only offered three options with the highest being 1TB for $9.99. The new 2TB tier is $19.99 per month.The new option could be due to a new macOS Sierra feature that automatically uploads all saved files to a your iCloud drive so they can be easily shared across all devices. The new iCloud tier arrived one day after Apple sent out invitations for its iPhone 7 event on September 7th. iOS 10 and macOS Sierra are both expected to launch alongside the next-generation iPhone at the event.

There have also been rumblings that Apple may introduce a new 256GB storage option for the iPhone 7. Several supply chain sources and analysts have suggested that the next-generation iPhone models will be offered in 32GB, 128GB, and 256GB storage capacities. And today, a specification sheet for a 256GB model iPhone was posted to the Chinese microblogging site Weibo (via Mac Rumors). The leaked image also notes the inclusion of "EarPods with Lighting Connector" and "Lightning to Headphone Jack Adapter." 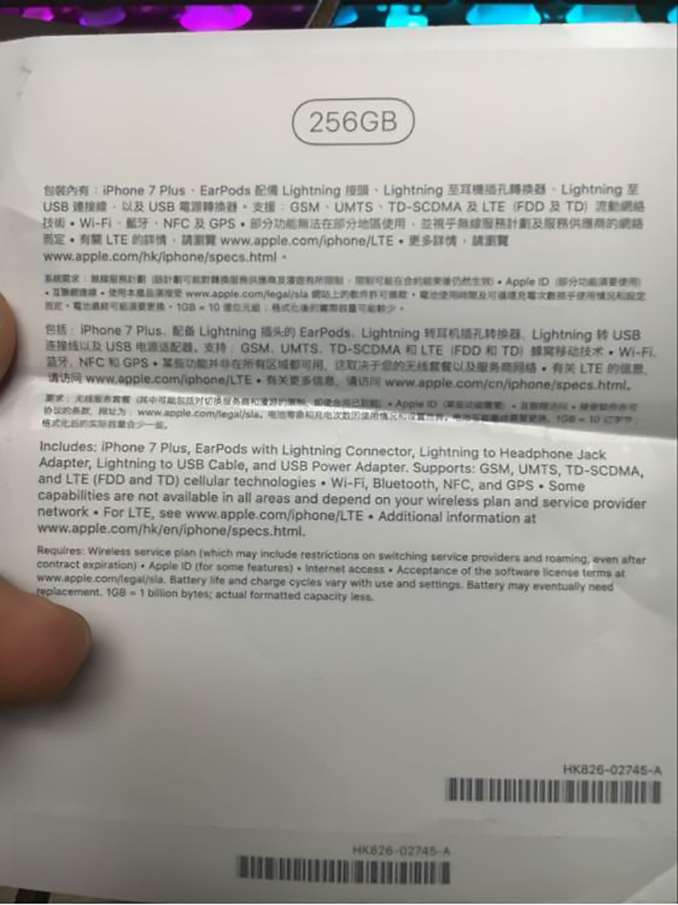 Apple offering more storage options makes sense since most of the current iPhone models will now feature the ability to capture 4k video and take Live Photos. The iPhone 7 and iPhone 7 Plus are also rumored to be getting a few camera improvements, including a dual-camera setup on the 5.5-inch model and optical image stabilization on both models. While OIS is not new to the Plus models, it would be the first time it was offered on the smaller 4.7-inch model.

The upcoming Apple keynote is scheduled to take place at the Bill Graham Civic Center in San Francisco at 10 am Pacific. Apple is expected to announce the iPhone 7, iPhone 7 Plus and possibly the next-generation Apple Watch.