Twitter went all out to stream the NFL's Thursday Night Football games this year, spending millions to obtain exclusive mobile streaming rights, beating out the likes of Amazon and Facebook. Ten Thursday night games will be streamed throughout the season, and you don't need a Twitter account to watch them.

If you have a Twitter account you can watch TNF via the Twitter app. In addition to its iOS app, Twitter has launched its app on the Apple TV, Amazon Fire TV and Microsoft's Xbox One as well. If you watch via the app, you can find the stream under the Moments tab every Thursday night at 8:25 PM Eastern. 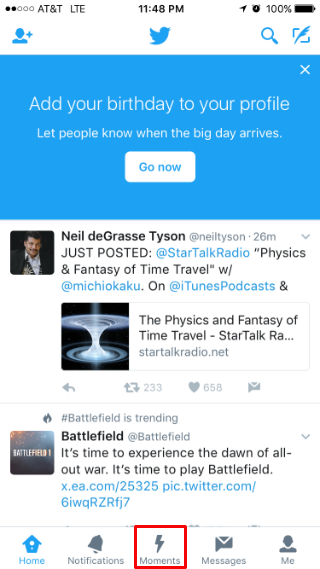 If you don't have a Twitter account you can still watch the games on your iPhone or iPad via Twitter's site: tnf.twitter.com.