iOS App of the Week: Dead Ahead: Zombie Warfare 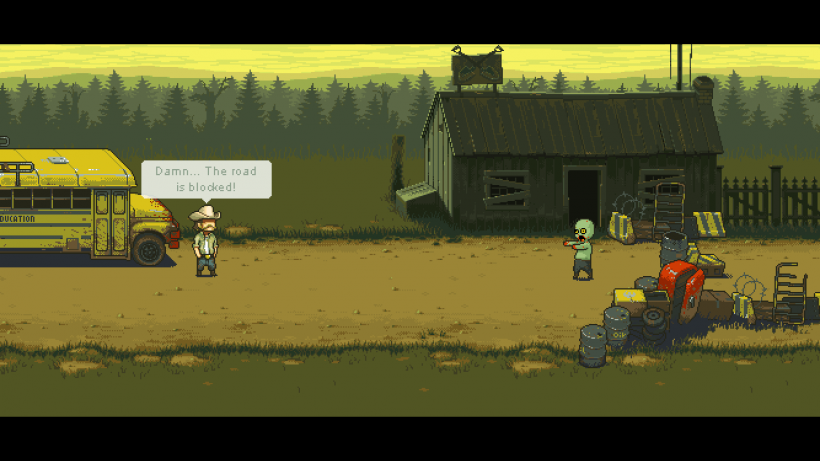 Tired of zombies? Too bad, because another addictive zombie game has just landed on the App Store. Dead Ahead: Zombie Warfare is a tower defense game where you control a group of survivors making their way city to city in a yellow school bus. The goal of the game is defend your school bus as your team tries to remove road blocks. Of course this is easier said than done since there are also zombies blocking your way.

To complete each level you must stop waves of zombies from destroying your bus while you try to breakthrough a barricade. You must do all this before an unstoppable final wave of zombies overtakes you. To defend your bus you send out different types of survivors to takeout the zombies. Each survivor has a specific water requirement to spawn, different strengths and abilities. For example, Rednecks spawn quickly but are weak, while Firefighters are stronger but require much more water. You can also stock your bus with items such as barrels to drop on zombies, medkits and generators to generate more water. You can choose a combination of up to 6 survivors and items to take on each mission. 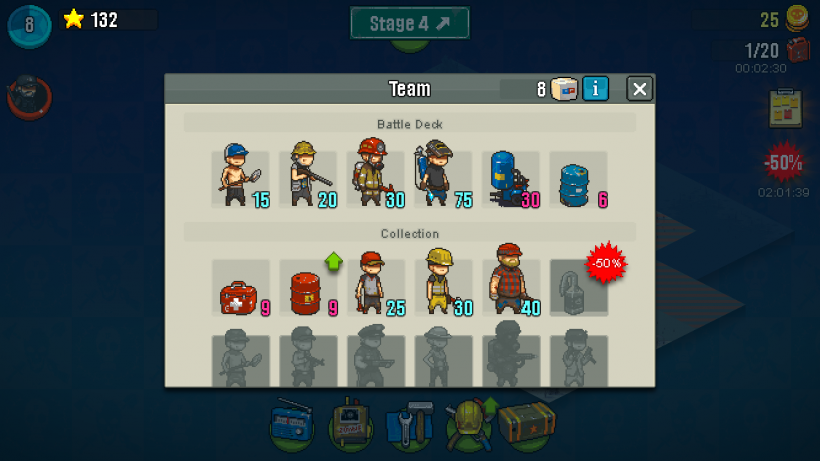 Zombie Warfare manages to stay interesting due to having many different types of zombies. Almost every level has a new type of zombie which requires you to constantly change your roster and strategy. This also poses a problem with the game because if you're not prepared it can make certain levels seem impossible to beat. However, the real issue isn't the different types of zombies, it is the upgrade system.

Zombie Warfare makes the the bulk of its revenue with ads, and you actually need to watch each video to advance in the game. You can earn additional in-game money and gas by watching ads, and you need every penny you can earn to unlock new units and upgrade them. Grinding by replaying older levels isn't really an option since defeating a level doesn't earn you a lot of coins. You can of course purchase additional in-game currency with real world money, but you can't purchase gas, which you need to play the game. It costs 2 gas to access one level, and the only way to earn gas is by watching ads or to wait for timers. I've never played a mobile game that didn't offer more time as an IAP. It is a really an odd system that hinders gameplay.

There also seems to be a limited amount of ads you can watch during a day. This can really cause you to get stuck on a level if you need money to upgrade or unlock a certain unit. This becomes really apparent when you run into your first human enemies. However, it is not a big issue if you figure out to watch all the ads in the beginning (or just purchase additional coins). You can also grind your way through if you have the patience.

Not being able to buy gas and the steep upgrade system are the only complaints I have about Zombie Warfare. I wish there was an option to purchase a full version of the game that didn't require gas. Luckily these things don't fully ruin your enjoyment of the game.

The little touches, like dead people coming back as zombies, are what make Zombie Warfare a lot of fun. The different types of zombies and survivors are fun to unlock and discover, making the game very addicting. Playing Zombie Warfare is like opening a bag of good chips. You keep wanting to play just 1 more level before you have notice that you pissed your entire day away killing zombies. Being able to go back and replay levels to earn all three stars will also keep you very busy.

Dead Ahead: Zombie Warfare isn't perfect, but with a few tweaks and an option to purchase a full version it could be one of the more entertaining App Store titles released this year. The game is available for free and it supports all devices running iOS 9.0 or later.