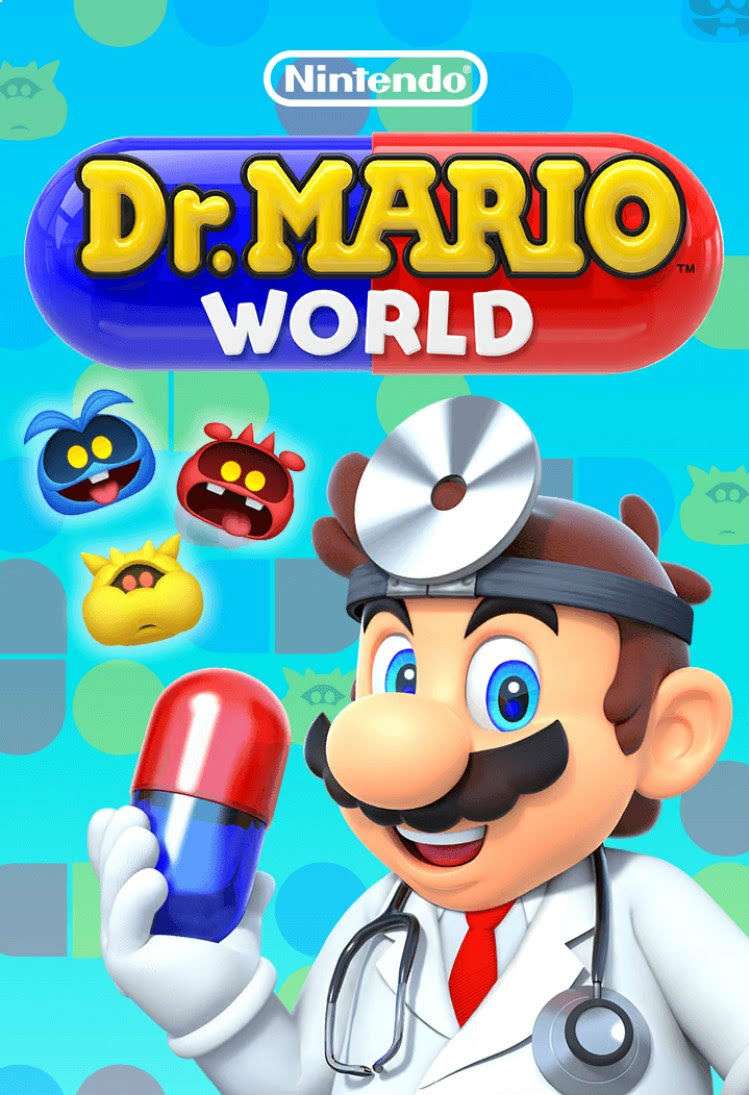 Out of nowhere this week Nintendo released Dr. Mario World for mobile devices. This is the second iOS title to star Nintendo's mascot, Mario, the first being Super Mario Run. Unlike Super Mario Run, which was $10 for the full version, Dr. Mario World is free to download. Nintendo figured out there is more money in microtransactions than charging a one time premium fee. You can download the game from the Apple App Store.

Dr. Mario World is based on the 1990 puzzle game Dr. Mario where players wipe out viruses with colored capsules. Think a more colorful version of Tetris with Mario as its star.

The game has been redesigned with touchscreen controls, and includes a world map with levels for players to work their way through. On each level, players must match colored capsules with the same colored viruses to wipe them out. Viruses must be wiped out with the limited number of capsules available on each stage. A player loses if they run out of capsules with any viruses remaining on the screen. 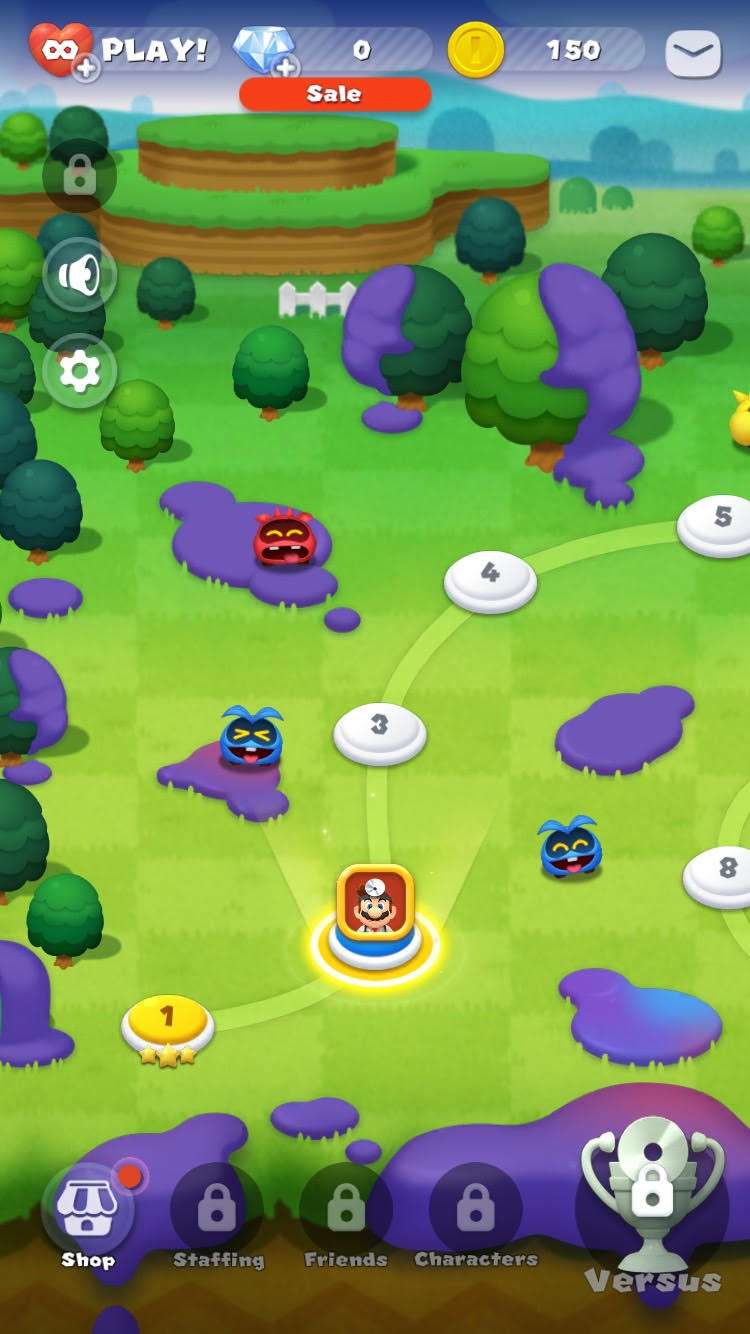 The game includes other characters from the Super Mario Bros. universe including Dr. Peach, Dr. Bowser, and assistants like Goomba, Koopa Troopa, and Buzzy Beetle. Each doctor and assitant comes equipped with their own "virus-busting skills."

Dr. Mario World features hundreds of stages in different worlds, a star system for replay value, versus mode, and the ability to share hearts with friends. 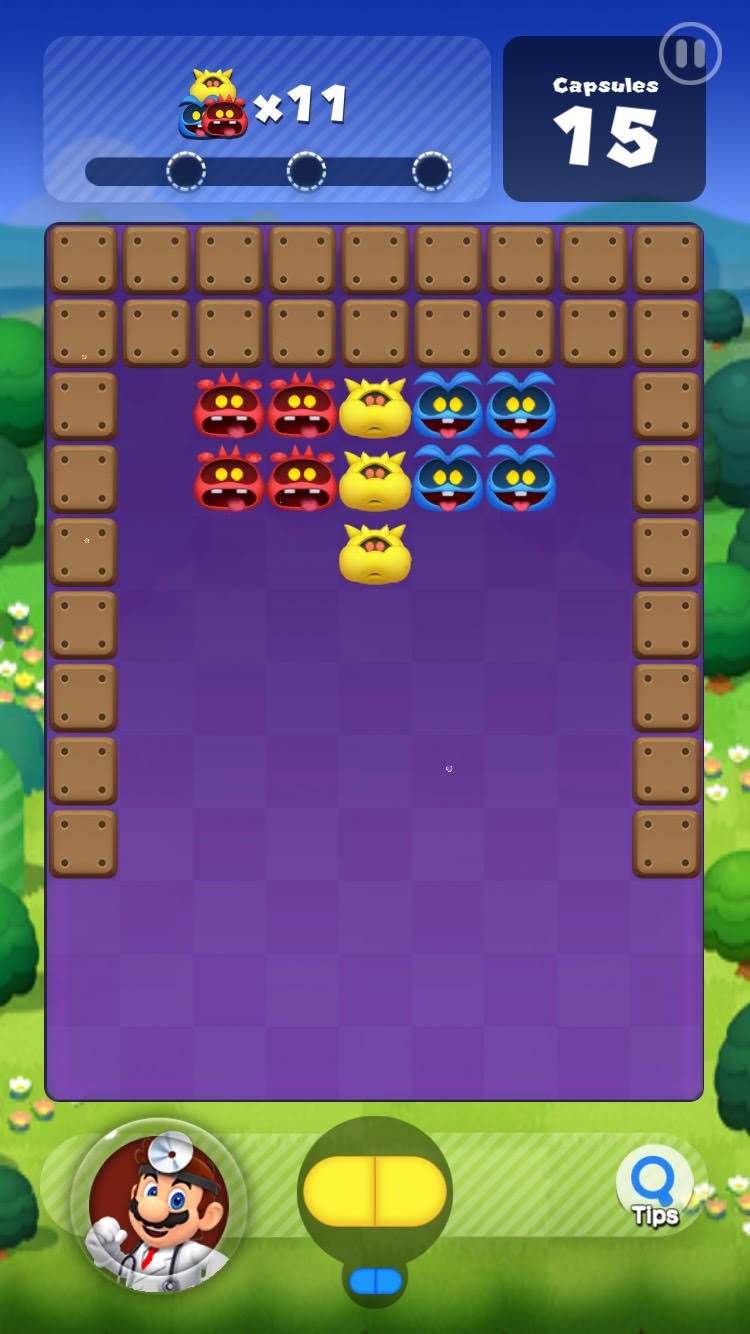 The original Dr. Mario has always been one of the better Mario games, and Dr. Mario World does not disappoint. It is a fun and addictive puzzle game featuring some of Nintendo's most famous characters.