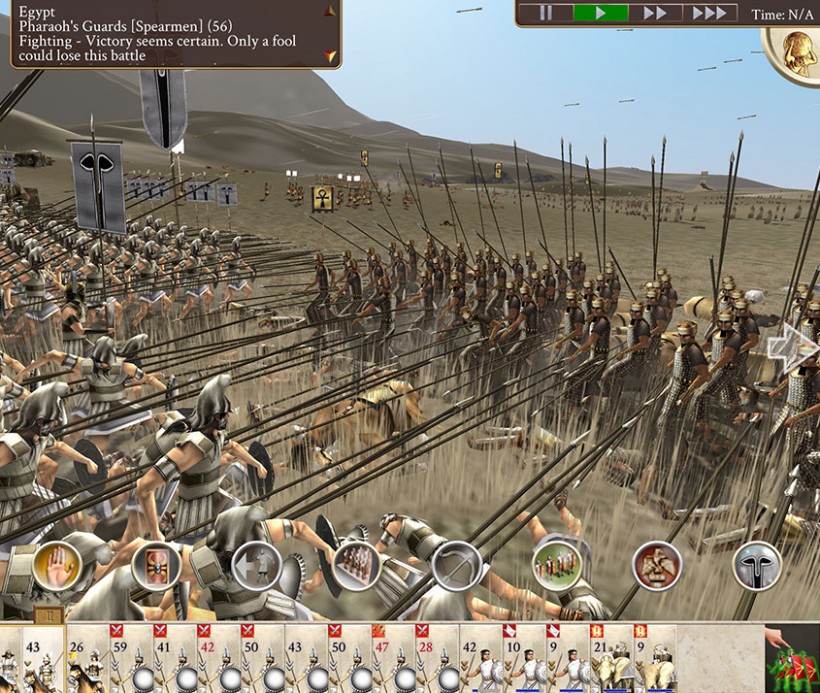 Total War is set during the rule of the late Roman Republic and early Roman Empire. The object of the game is to balance economic, civil, religious and military power while trying to capture 50 provinces, win over the citizens and eventually overthrow Rome.

The iOS version promises to be a full port of the original PC release with new touchscreen controls. You can see a demo of the mobile controls in the first YouTube video posted below. In the game players can control one of the three great Roman houses with thousands of units in real time battles. The game also features mid-battle autosaves, enormous 3D battle field graphics and an interactive turn-based Campaign Map.

The original version is considered one of the best strategy games ever released, and the Mac version has earned 4 stars on the Mac App Store. The newly launched iOS version has already earned a solid 4 1/2 star rating on the App Store.

ROME: Total War supports all iPad Air models, the iPad mini 2 and 4, and both iPad Pro models running iOS 9.0 or later. It is available now on the App Store for $9.99. You can check out the iPad announcement trailer and a gameplay demo below.