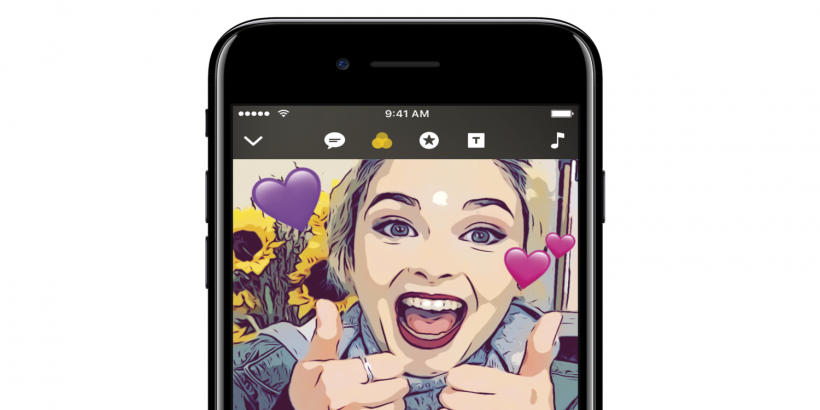 Apple has officially released its new video creation app to the App Store. Clips is a Snapchat-like tool that allows users to quickly create videos to share on social media. iPhone and iPad users can use Clips to record live video within the app or import media from their photo library. The app ncludes several built-in features for adding effect such as animated text, graphics, emoji, music, and more. Users can then easily share their videos on Facebook or Instagram, or send them directly with family or friends.

So far most of the early reviews seem to agree that the app is fun with some promising features, but a lot of reviewers have also found the UI to be bit confusing.

"Apple Clips is a promising movie editor for fast Facebook and Instagram-ready videos, and its captioning tools are fantastic…. Only makes square videos. Menu layouts can be a little confusing to learn at first. Audio editing is limited. Captions and audio can only be recorded when clip is added."

We haven't tested the app ourselves but will do so tomorrow as part of our App of the Week series.

Clips seems to be geared towards casual users who want to create quick videos to share on Twitter and Facebook. It features a Live Tiles tool for creating animated blocks and automatic captions using voice technology. It also includes filters, animated speech bubbles, arrows, banners and the ability to add a music track from your library or use built-in soundtracks.

Clips is now available for free on the Apple App Store. It requires iOS 10.3 or later so make sure your device is updated before attempting to download.