How to use Background App Refresh 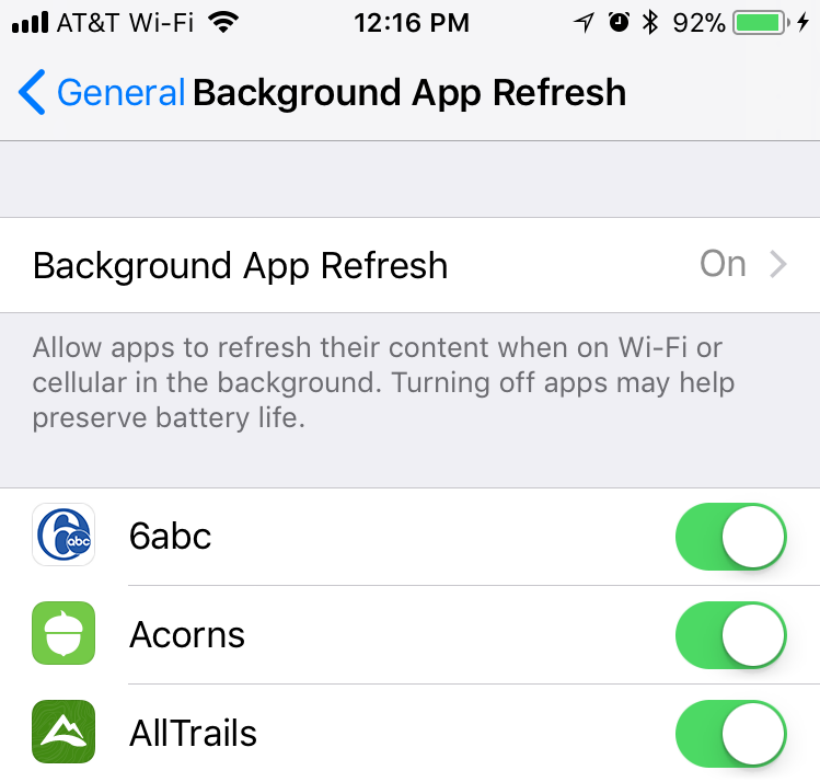 The one drawback of having your apps refresh in the background, however, is that it uses both battery life and data. In anticipation of this, Apple built in a way to turn off the feature altogether or by individual app. iOS 11 adds even more flexibility to managing the feature by allowing you to set background app refresh to only work while connected to a Wi-Fi network, as opposed to earlier iOS versions in which the feature would use both Wi-Fi and cellular data if it was turned on.

Here's how to manage your background app refresh in iOS 11: 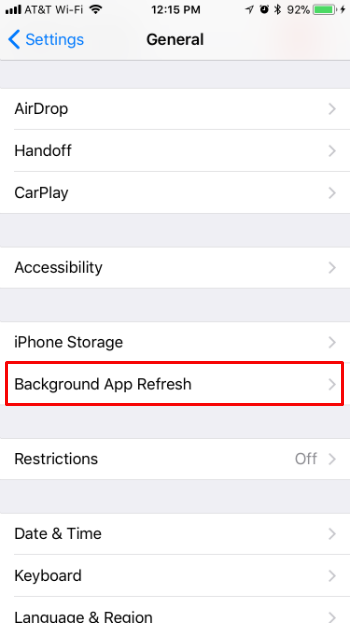 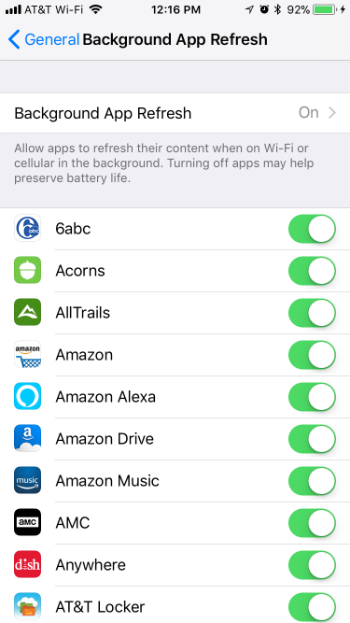 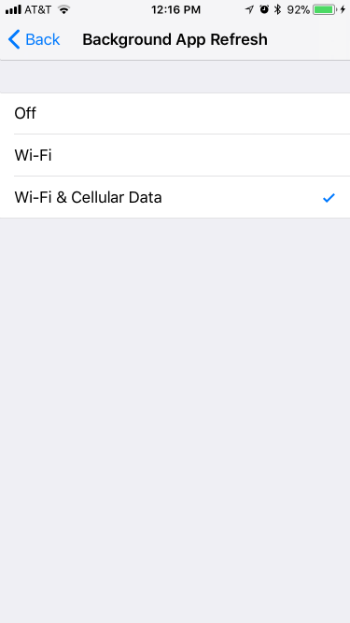 That's all there is to it for now. Hopefully a future iOS will offer even more options by allowing some apps to use cellular data and Wi-Fi and some just Wi-Fi.